Looking for movie suggestions to add to your Apple TV Plus watchlist? Here's our list for you!
StreamFab Apple TV Plus Downloader
① Download on-demand contents from Apple TV+
② Save downloads as MP4/MKV files in 720p/1080p
③ Batch-download multiple titles at one go fast
④ Download audios & subtitles of your preferred language

If you have subscribed to Apple TV Plus, you will agree when we say that the service has one of the most spectacular movie collections!

However, the content library of movies on Apple TV is so extensive that there is a chance you might miss some of the best ones from the lot.

So, don't worry; we are here to ensure you don't miss watching these ten best Apple TV Movies available on Apple TV+ in 2022! Check out the list below! 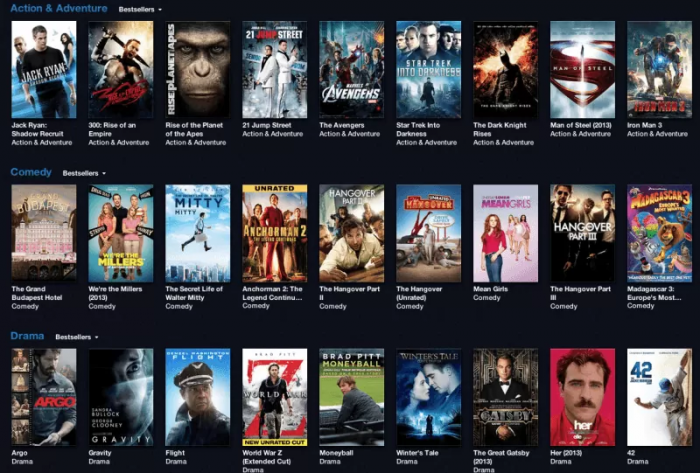 1. Types of Apple TV Movies On Apple TV Plus?

Apple TV Plus is full of original movies and TV shows. However, it is no way limited to that. In other words, you can find various genres of movies on this popular streaming service. Some of the most popular movies genres available in Apple TV Plus include –

Check out the names of the best Apple TV movies in the next section! 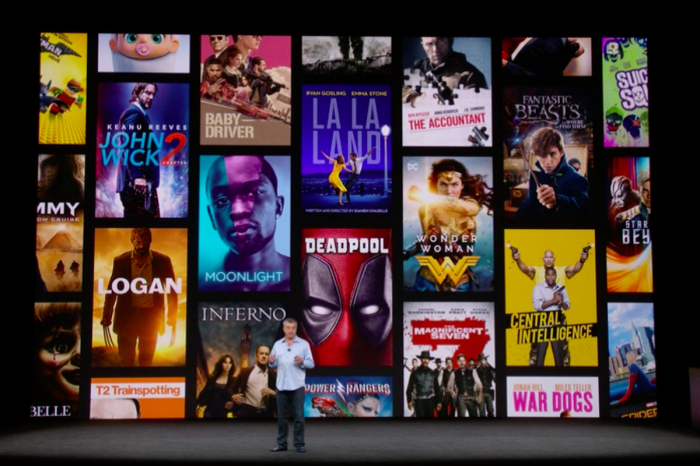 Before moving further, we want to mention that this list includes the movies already streaming on Apple TV Plus right now! So, check out the list!

The New York Post has referred to it as the 'best comedy of the year so far, and the male lead, writer, director, and producer of the movie, Cooper Raiff, is already crowned as the powerhouse of talent.

The movie revolves around the romantic sparks that fly between a regular college guy living with his mother and a woman (Dakota Johnson) who is decades older than him and has a daughter (Evan Assante) of her own.

The sublime chemistry between the two characters makes this movie one of the most watched rom-com movies to watch on Apple TV in 2022.

2.2 The Sky is Everywhere

After the death of her outgoing older sister, high-schooler Lennie, struggles with its aftermath as she doesn't know how to choose between a boy who makes her feel good about herself and a guy who is so full of life that he makes her want to, well, live too.

One of the most beautiful Apple TV new movies, this one should be watched for its breath-taking visuals and relatable content.

The starring roles in this movie went to Grace Kaufman with Jacques Collimon and Cherry Jones. It is thus, one of the best movies Apple TV has released in 2022. 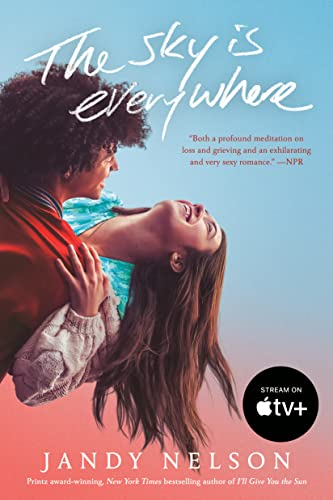 CODA is one of the good movies on Apple TV Plus right now because of its message! The story revolves around a young girl, CODA (Child of Deaf Adults) named Ruby (played by Emilia Jones), who struggles between choosing her dream of studying music at the Berkley School of Music and leaving her family with all deaf members.

The movie is a remake of the 2014 French film La Famille Belier and has already won the Academy Award for Best Picture, an honor received by the first ever movie released on Apple TV Plus. It is one of the highly-acclaimed Apple TV movies right now!

Even though this animation movie came out in November 2020, it is still one of the most watched Apple TV movies of 2022.

The third movie in the Irish folklore series (after The Secret of Kells and Song of the Sea) by Studio Cartoon Saloon, WolfWalkers, is inclined to Hayao Miyazaki's story-telling and thus, is a treasure for fans of Studio Ghibli.

The movie tells the story of a girl who accompanies her father to Ireland to kill the last pack of wolves but ends up being friends with a young girl who, with her family, turns into a wolf by the end of the day. The movie earned an Academy Award nomination in the Best Animated Feature category.

With 7.2 IMDB ratings, this drama movie, starring Justin Timberlake in the lead role, tells the story of a man who, after being released from prison after 12 years, goes to live with his mother and forms an unlikely yet unique bond with a bullied kid (played by Ryder Allen).

It is currently of the best Apple TV movies on the streaming service and is highly recommended to those who like deep story-telling.

The movie is based on a best-selling novel of the same name and stars Tom Holland in the lead role. The story revolves around a college dropout working as an army medic in the Iraq war but later returns home with PTSD.

He soon turns to drugs and gets into crimes to keep his addiction going, with his relationship with Emily (Ciara Bravo) as the only thing that can save him from his inner demons.

With an excellent IMDB rating and spectacular display of acting by Holland, Cherry is undoubtedly one of the best movies on Apple TV Plus right now! 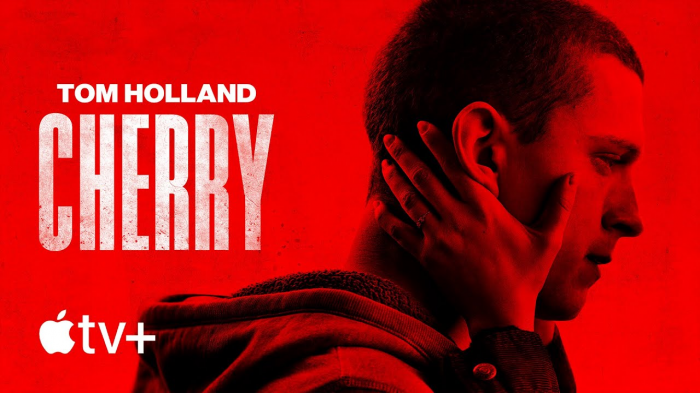 When we talk about top movies on Apple TV, there is no way we won't talk about this one. The Year Earth Changed is a documentary special narrated by one and only David Attenborough, where he talks about some post-pandemic positive stories.

He explains the positive effects of the Covid-19 pandemic on the environment and hints at how even minor improvements in human behavior can bring miraculous changes in nature. It is one of the must-watch Apple TV movies for our generation.

The movie stars Mahershala Ali in the lead role where he suffers from a severe illness that may take his life. However, his doctor (Glenn Close) presents him with a unique solution – replace his authentic self with a clone and take away his family's grief.

Will he go out of his way to protect his family from the pain of letting him go? This intriguing question is what makes it one of the best Apple TV movies to watch on the platform right now! 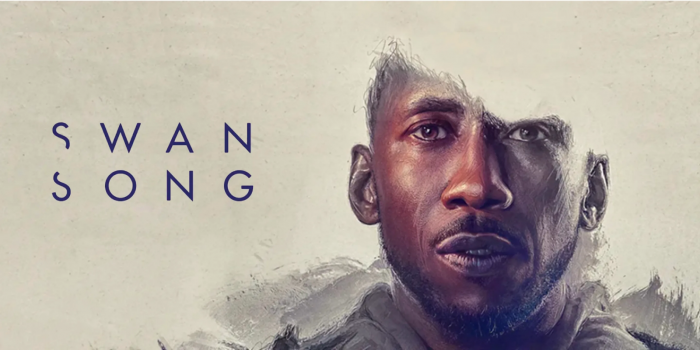 Finch might not be one of the new movies on Apple TV, but it's an original from the streaming service. The number one reason that makes it top movies on Apple TV is its star cast, which includes Tom Hanks, Caleb Landry Jones, and Marie Wageman.

The plot is based on post-apocalyptic Earth, where a dog owner builds a robot to keep his pup safe and protected. The plot of this movie is relatively fresh and original and thus, makes this one of the most-watched Apple TV movies in 2022!

Hala is a beautiful story of a Pakistani-American Muslim girl who struggles to find a balance between western and eastern cultures.

In her real-life limbo, Hala (Geraldine Vishwanathan) tries to challenge and accept her religious beliefs while juggling the college life that pulls her toward the fantasies of perfect western life.

One of the best movies on Apple TV right now, Hala truly portrays the life of every immigrant teenager and their struggle in western countries.

3. How to Download the Best Apple TV Movies On Your Device

Apple TV Plus is currently streaming one of the best movies, but you cannot save them on your device. Yes, you can download the best movie on Apple TV and more in your app, but that doesn't guarantee that it will remain there for a long time.

If you are an ardent movie fan, you would love the idea of downloading your favorite movies and TV shows on your streaming device with the help of an Apple TV Plus downloader software.

The StreamFab Apple TV downloader has so many stunning features that it is impossible to add them to this article's single section.

Even so, we have listed some of the most impressive and top reasons why you should give this great downloader a reasonable and fair chance over other streaming platforms! 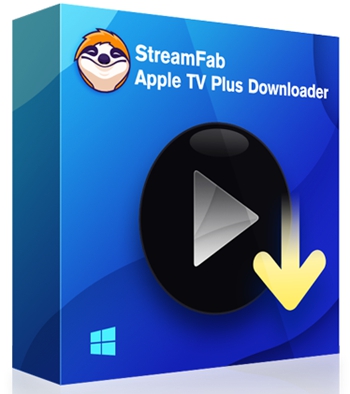 With the help of local Apple TV Plus streaming sites, you can download its content from any part of the world. In other words, you wouldn't need a VPN to download Apple TV+ videos and movies from the streaming service.

The StreamFab Apple TV Plus downloader allows direct movie download into your device in 1080p HD resolution. Apart from the video quality, the content is available in AAC 2.0 audio which is supported by all modern devices.

Unlike another downloader, you do not have to wait for a single movie download to finish to get to the next one. In other words, you can download several movies within 20 minutes with the help of this Apple TV+ downloader. The software, thus, promotes batch downloads. 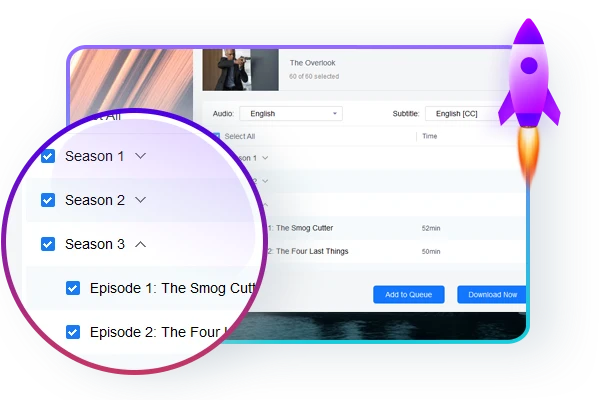 You can easily download subtitles along with the movies via StreamFab and not waste time searching for a subtitle file that supports your movie player. You can save it as SRT files or directly remux it into MP$ files.

We hope this article helped you learn what movies are on Apple TV Plus right now. You can stream them on the app or Apple TV website, but not wherever you wish.

If you like your movie-watching experience to expand over online streaming, turning to the StreamFab Apple TV Plus Downloader might work well for you!

How to use StreamFab Apple TV Plus Downloader?