The Best Cooking Shows on Netflix

This article will give you the scoop on what you can watch on the best cooking shows on Netflix, and you'll be on your way to mastering new culinary techniques
StreamFab Netflix Downloader
① Download Netflix on-demand movies and shows
② Save downloads as MP4/MKV videos in 1080p
③ Batch-download multiple titles at one go fast
④ Save metadata information to go with the videos

Chef with Jon Favreau, Samin Nosrat, and Martin Picard are some of the most popular cooking shows on Netflix, and you should watch them all! But what should you watch first?

Read on to learn what I recommend! This article will give you the scoop on what you can watch on these shows, and you'll be on your way to mastering new culinary techniques! But first, let's talk about some of my personal favorites! 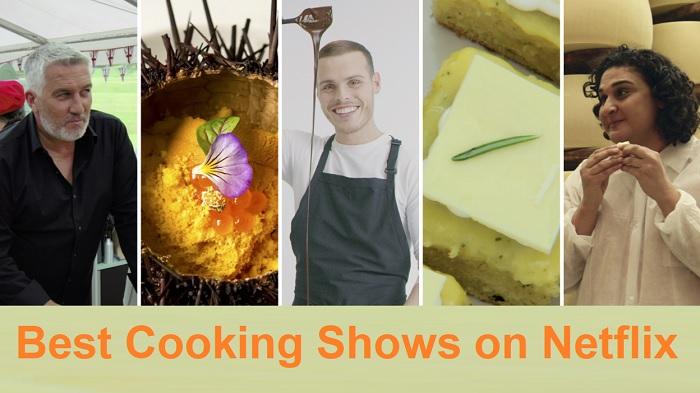 If you loved the 2014 movie "Chef," you will love this new cooking travelogue series with Jon Favreau and chef Roy Choi. Both Favreau and Choi explore their favorite recipes and collaborate with the biggest names in entertainment to share their love for food. In Atlanta, they cook for the Avengers cast. Aaron Franklin, a world-renowned pitmaster, joins the duo to smoke brisket in Texas.

This new series stars a host of celebrities, including the stars of "The Office" and "The Simpsons," as well as several celebrities. Favreau enlists many of his famous friends for the series. Seth Rogen and David Chang have appeared as guests on the show, while Robert Rodriguez, Bill Burr, and Robert Downey Jr. all play significant roles in the show. Gwyneth Paltrow also appears on the show as an unwitting chef.

This show has a more relaxed vibe than most other cooking shows on TV. Instead of putting on a performance for the camera, the chef duo often cook for each other in their man cave kitchen. They discuss the history of different dishes, talk about food, and even form giant meatballs for Italian recipes. 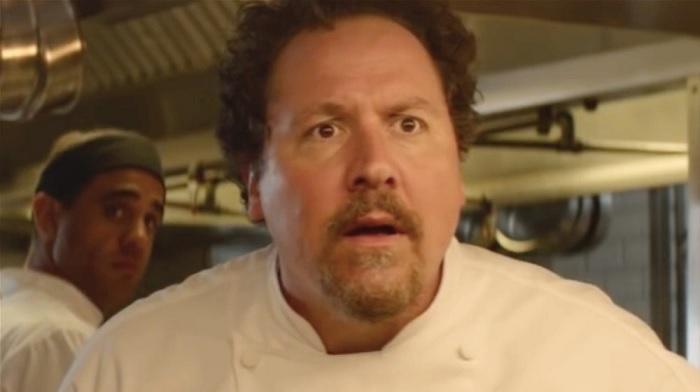 As the chefs get to know each other, the dynamic between them becomes natural and easy. While he may be a celebrity, Favreau tries to stay as authentic as possible, which means being a true professional while collaborating with others.

The Chef Show also has some very interesting guests, but these never dominate the show or subvert the message. It's directed by Jon Favreau, who keeps a laser-like focus on the cooking, conversations, and community. Choi's enthusiasm for food and cooking is apparent throughout the series. It's difficult to watch this show without the urge to snack on delicious food. If you like to eat, the show may be right for you.

If you love to cook, but find it difficult to find time for the kitchen, Chef with Samin Nosrat on Netflix may be just the series for you. Nosrat, an Iranian-American chef, author, and New York Times columnist, is a master of seasoning and sauce-making.

She has been named one of the top 10 cookbooks of the 21st century by The New Yorker Magazine. She has also been named one of Time's 100 Most Influential People. A graduate of the University of California, Berkeley, Nosrat grew up speaking the language of Farsi, and she celebrates Persian New Year.

Nosrat's show celebrates the art of cooking with simple, hand-tooled equipment and artisanal ingredients. In addition, it celebrates the slow, steady process of feeding humans. In this sense, it is a far cry from the high-energy, over-the-top show formats we're used to seeing on TV. But Chef with Samin Nosrat on Netflix is a unique culinary experience. 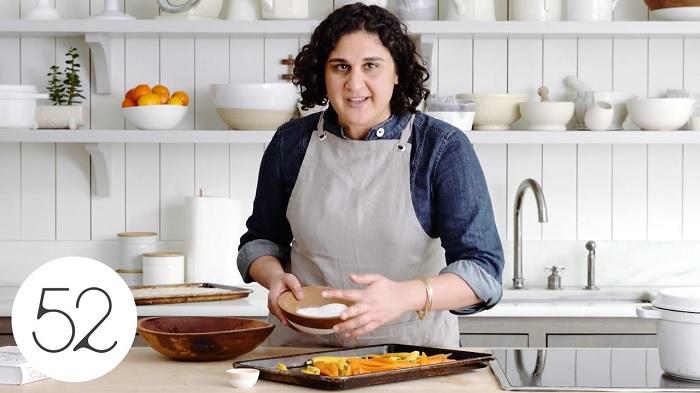 The series explores many different cuisines, with Samin's recipes drawing on traditional cuisine and world foods. She visits the Yucatan and teaches the women harvesting Melipona honey how to properly use the sweet, acidic nectar. She is currently working with the Melipona harvesters to establish a fair-trade operation, and has learned about honey brokers ripping off women. She wants to change that.

Nosrat also aims to diversify the culinary community. In addition to presenting women and non-whites, she presents people of color and other underrepresented groups as experts in the field. Nosrat also emphasizes the overlap in technique between different disciplines. So, she's a great resource for people of color who are interested in food. It may help them to find their own career path as a chef.

If you're looking for a new culinary show to watch on Netflix, you might want to check out Chef with Martin Picard. A Canadian chef and television personality, Picard is a celebrated author of Au Pied de Cochon. His book contains 100 recipes that incorporate maple tree products and can be enjoyed as part of a delicious meal. This food series is a great way to learn more about wild proteins and the French techniques for cooking them. 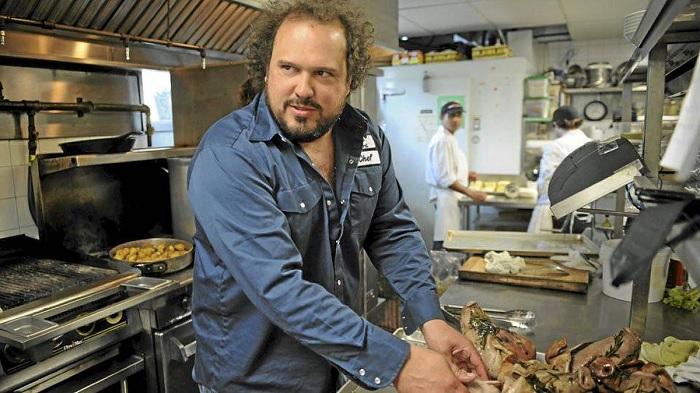 You can find more than 50 movies starring Martin Picard, so you'll have no trouble finding a favorite series. Netflix is a great way to watch movies in a variety of genres. For instance, there are more than 1,500 movies available on the platform. To help you choose your favorite, try searching by title, actor or director, or the "Best of" list. Once you've narrowed down your search, you'll be able to watch movies with your favorite actor or chef.

You may not be interested in watching TV cooking shows but if you love to watch a good competition show, you may be interested in The Chef Show. The show focuses on the culinary skills of home cooks who compete in a weekly competition. This series has two hosts, Choi and Favreau, and their show is a must-watch for foodies on Netflix. You'll love the chemistry between them and the occasional guest star like actor Burr.

The Chef Show: This show is a Netflix original that follows two chefs who travel around the world to pick up new skills and learn from famous chefs. The duo is based on the movie Chef, a collaboration between Jon Favreau and Roy Choi. Each episode is a new learning experience for the duo, and they often feature celebrity chefs as well as film icons. The Chef Show is one of the best cooking shows on Netflix, and you won't regret watching it! 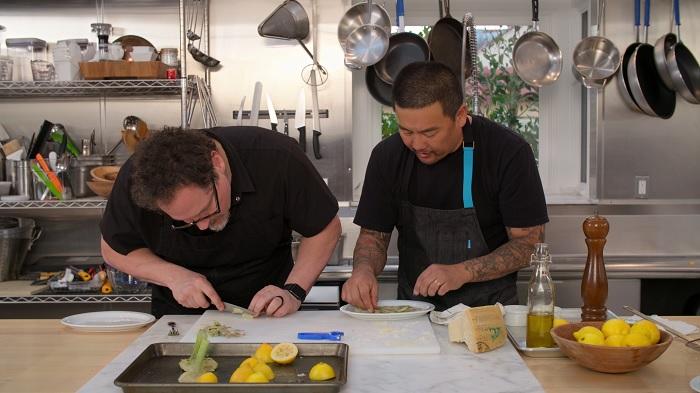 "The Chef Show" stars Jon Favreau, the director of Iron Man. The two chefs were friends on the set and soon became close. Later, the two filmed a documentary-style series about the chef. The chefs also visit celebrities like Gwyneth Paltrow and Jamie Oliver to cook for them. But the show doesn't succeed in making a great impression on audiences. Instead, it feels like an afterthought to the producers.

If you are not familiar with The Chef Show, consider checking out the British version of the show. It's equal parts educational and entertaining. The chefs gather in a pop-up restaurant for the public to enjoy and then face the judges, who are restaurant investors. Despite the rigors and drama, the show doesn't shy away from the tough realities of running a restaurant. It's easy to become swept up in the drama and enjoy the delicious results.

If you're a foodie, you're no doubt looking for a new cooking show to binge on. Sugar Rush, a reality cooking show on Netflix, is an exciting new addition to the growing number of TV shows available to stream. Unlike many cooking competition shows, Sugar Rush is completely fresh and fun. With the help of an experienced chef, each episode features a chef preparing a gourmet meal for a hungry crowd.

It stars Samin Nosrat, an author of a book with the same name. She traveled the world to explore the culinary traditions of different countries and based her recipes on these. She is charismatic and charming and has visited families in Japan, Italy, Yucatan, Berkeley, and more. The series also features interviews with locals and chefs to learn more about their cuisines. It's easy to see why this is one of the best cooking shows on Netflix. 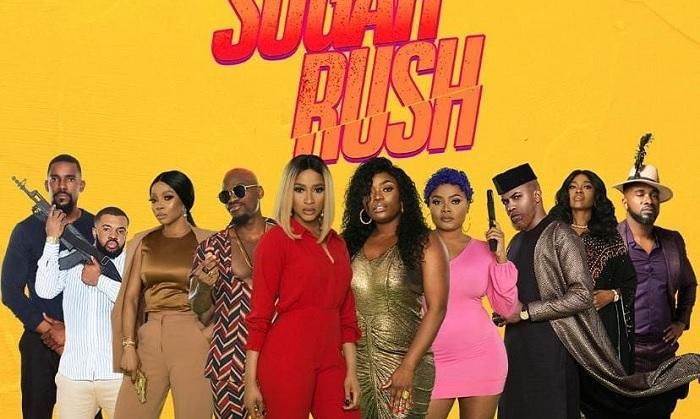 With its fast pace and challenging competition, Sugar Rush is a great way to learn the art of baking. The show pits four teams of professional bakers against each other in a three-round contest. Each team has 45 minutes to complete the first round, and ninety minutes to complete the cake round. The contestants learn a lot of performance improvement terminology through the show. Moreover, they can improve their skills in baking.

You can get a lot of cooking and food programs through Netflix. While some of these shows are original, many others have been collected from other platforms. Netflix's collection of food-related programs is extensive, allowing you to choose from an array of genres. Watch Sugar Rush to enjoy some delicious new recipes. You'll be inspired to try them out at home! With so many episodes available, you're bound to find a show you love.

No matter whether you just want to learn some ordinary dishes or you want to become a real chef, there are the best cooking shows on Netflix that can help you with your purpose. You can download them to your PC with a Netflix video downloader software, and then transfer them to your other devices to watch as you cook.