StreamFab All-In-One
Download streaming videos from Netflix, Amazon Prime Video, YouTube, and 1000+ other M3U8 or MPD-encrypted streaming websites to watch on any device, anytime, and anywhere.
Free Download
Learn More>
Home > OTTs > How to Watch CBS on Demand Without a Monthly Subscription

How to Watch CBS on Demand Without a Monthly Subscription 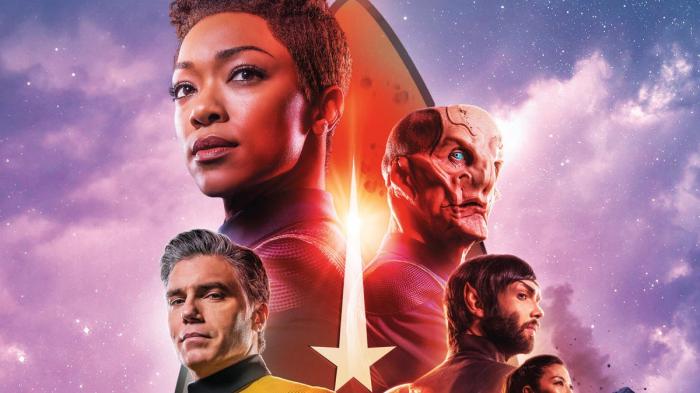 If you don't have cable or satellite TV in your home, you can watch CBS on demand without a monthly subscription. The service uses a digital translator to stream a broadcast UHF signal online. This service is available in 17 major US cities. The broadcast signal is then transcribed using Locast, a not-for-profit service. If you don't have cable TV in your home, you can find the channel you want through a search engine.

If you're sick of CBS on television, you're in luck. CBS on demand is now available for streaming on Paramount+. The subscription service includes the entire CBS library, as well as BET, Comedy Central, MTV, and Nickelodeon shows. It costs anywhere from $5 to $10 per month, and comes with two tiers: Essentials and Premium. The Essentials tier includes embedded commercials, while the Premium tier removes them. While Paramount+ does not yet offer ad-free content, it does provide tens of thousands of movies and TV shows.

New episodes of CBS shows will be added to Paramount+ on the same day they air on TV. This will enable viewers to catch up on their favorite shows. The Paramount+ catalogue also features exclusive shows. Original series will be added regularly, including Star Trek: Discovery and Halo. You can also catch local CBS broadcasts and live sports coverage. You can even subscribe to Paramount+ for live TV, if you live in the US or Canada.

Once you've signed up for the service, you can start watching CBS on demand. Paramount+ has two plans - Essential and Premium - and both come with a seven-day free trial. In addition to the broadcast lineup, Paramount+ offers exclusive programming from CBS affiliates. Whether it's a local network station, or a national broadcaster, there's something for everyone. While the service is expensive, it does offer many benefits.

DirecTV Now subscribers will now have access to more than 120 channels, including the popular CBS network. In addition, the service also features movies, including new releases, as well as TV shows and documentaries. The company said last month that it was close to reaching half a million customers. The new additions to DirecTV Now will be welcomed by fans of CBS's original shows, as well as its rival networks The CW and Pop.

A new addition to DirecTV Now is a handful of Hearst-owned NBC affiliates. That's a good start, but AT&T still has a long way to go to offer more network channels. The two companies announced a deal in early August. They are also continuing to flesh out affiliate deals with other networks, including NBC. DirecTV Now is now home to approximately 200 network affiliates.

If you're looking to ditch cable for on-demand television, then Hulu with Live TV is the best choice. You get access to over 75 channels, including popular US channels like ABC, Fox, and CBS. In addition, you can watch your favorite shows on demand, including acclaimed new series and popular movies. Hulu with Live TV has a lot of benefits, and it's a great way to catch up on the latest shows. Besides its large library, you'll also be able to watch live TV channels, binge on your favorite shows, and stream on multiple devices.

In addition to your basic subscription, you can also add four premium channels. Cinemax is a popular streaming channel that offers popular movies and original programs. Hulu with Live TV also features over 75 channels, including major networks like ABC, CBS, and Showtime. You can watch popular movies and TV shows without paying for cable or satellite subscriptions. For more premium channels, consider a subscription to Hulu with Live TV.

Depending on your location, you'll be able to watch more than 80 different channels, including national and local channels. In addition to CNN and ABC, Hulu also features dozens of regional channels, including Cartoon Network and Comedy Central. In addition, you'll find FS1 and FS2, as well as a couple of local sports channels. The entertainment add-on has premium channels like Cinemax and Showtime.

If you're looking for a new subscription TV service, consider FuboTV. It offers access to CBS channels and a wide variety of sports channels. Those who subscribe to fuboTV Premier will automatically receive CBS shows on demand. Other channels available on fuboTV include CBS Sports Network, CBS Pop, CBSN, and the CW. You can even stream CBS sports from your mobile device.

FuboTV offers a huge library of programming, including your local CBS affiliate and Fox affiliate. Depending on your area, you can also get popular networks like FX, Comedy Central, Discovery Channel, and more. Additionally, you can catch up on news and entertainment on FuboTV, and there are a lot of options available for those who want more than 100 channels. For those who want more channels, you can even get an extended entertainment package.

FuboTV is available for streaming on the web and on dedicated apps for iOS, Android, and Apple TV. It can also be used on Roku devices and Chromecast. Most shows are available in 1080p, which is a high-quality standard for streaming on the Internet. The live television feeds are also available. FuboTV's sports channels include NFL games, and you can even stream live events such as the Olympics, WNBA playoffs, and NASCAR races.

If you're looking for a free alternative to Netflix, CBS All Access may be a great choice. Its on-demand library features drama, comedy, and news shows, and it also offers classic shows such as Frasier and Hawaii 5-0. It also has all the old Star Trek series and the rebooted Magnum P.I. and FBI. However, CBS All Access doesn't have as many licensed shows as Netflix does, which is something to consider before signing up.

If you're looking for a premium on-demand service, CBS has a number of options available. You can sign up for a free trial of CBS All Access and enjoy a variety of shows for seven days. You can also subscribe to a subscription to a limited commercial plan for only $5.99 per month. You can also watch local CBS streams with the same commercial interruptions as you would with over-the-air broadcasts.

Another free trial option is FuboTV, which lets you stream your local CBS affiliate for a month. The downside of this is that you will have to wait until the end of a season before you can watch new episodes. It's also not available on many devices, but it's worth checking out if you want to watch CBS in your area. If you're interested in sports, FuboTV is another option.

The basic service offers an array of channels. This includes major network sports channels like ESPN, ESPN2, and ESPN3. It also offers Stadium, which focuses on college sporting events. There are also Sling Blue plans, which do not include ESPN but do include FOX Sports 1, NBC Sports Network, and NFL Network. In select markets, you can also receive the NBC Regional Sports Network. Sling TV also provides the latest news and sports.

If you're a fan of CBS's on-demand programming, you'll love CBS All Access on demand. The on-demand service offers more than 7,500 episodes of popular shows. The service also features full seasons of daytime, late night, and news programming. You can also watch upcoming original series, commercial-free. This includes the next chapter of the "Star Trek" franchise, STAR TREK: DISCOVERY. The digital edition of "Big Brother" is also available.

The service is available on a variety of devices, including web browsers on desktops and mobile phones. It can also be viewed through apps for popular streaming media players and tablets. The service is available in over half of the U.S., with more markets to come. You can register as many devices as you want, but you are limited to three devices at a time. You can also access the content on a variety of streaming media players, including Chromecast.

The web interface of CBS All Access is easy to use. It has a sleek black-and-white design with a search bar and an icon for profile settings. While it doesn't have an app-like interface, it is easy to navigate. It offers a variety of features, including a FAQ section. However, you can't add other viewing profiles. To make the most of the service, you need a fast Internet connection.