StreamFab All-In-One
to download your favorite on-demand videos from Netflix, Amazon Prime Video, YouTube, and 1000+ other streaming websites to watch on any device, anytime, and anywhere?
Free Download
Learn More>
Home > Disney Plus > How to Download and Stream Disney Plus on an Amazon Fire Stick?

How to Download and Stream Disney Plus on an Amazon Fire Stick?

Many people are unaware of how to download and stream Disney Plus Amazon Fire Stick. We will explain everything in this article.
StreamFab Disney Plus Downloader
① Download Disney+ videos as MP4/MKV videos
② Save downloads in 720p quality with 5.1-channel audio
③ Batch-download multiple titles at one go fast
④ Download subtitles of your preferred language

Disney Plus is one of the most popular streaming platforms available across the world. Through it, you will be able to stream all your favorite content. Some of you out there might plan to add Disney Plus to your Amazon devices, including the handy- Amazon Firestick.

The good thing is that it is easy to get started with Amazon FireStick. The app is compatible with Alexa. This means you can easily give voice commands for playing your favorite shows or movies within the app. 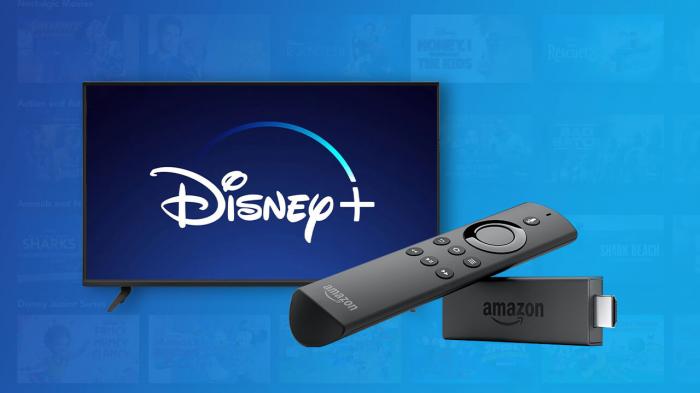 1. Availability of Disney Plus, Pricing, and Features

Initially, Disney Plus had been released only in the USA, Canada, and the Netherlands. Now, it has expanded to Australia, New Zealand, India, Puerto Rico, and a few European countries. 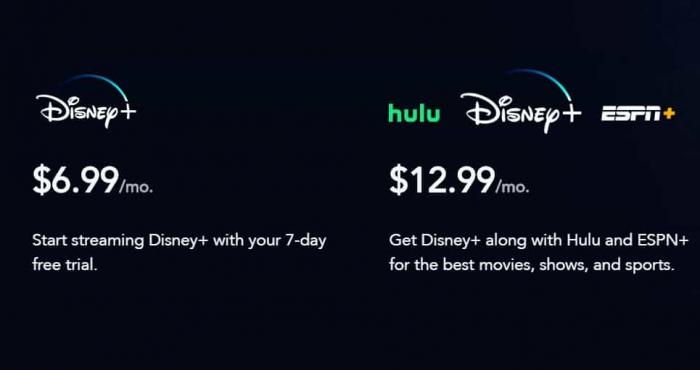 When you get Disney+ Amazon Fire Subscription, you will be able to enjoy the following features;

Disney+ Amazon Fire Subscription is available at a cheaper price than HBO and Netflix subscriptions. However, it can be a little more expensive than Apple TV. Also, you can enjoy many bundled offers. For instance, you can choose Disney+, Hulu, and ESPN bundle for $12.99. If you want, you can include Disney Plus in the present subscription of the Hulu service.

2. How to Install Disney Plus Amazon Fire Stick?

In case you are trying to figure out how you can install Disney Plus Amazon Fire Stick, you will have to follow a few easy steps. Let’s check them out. 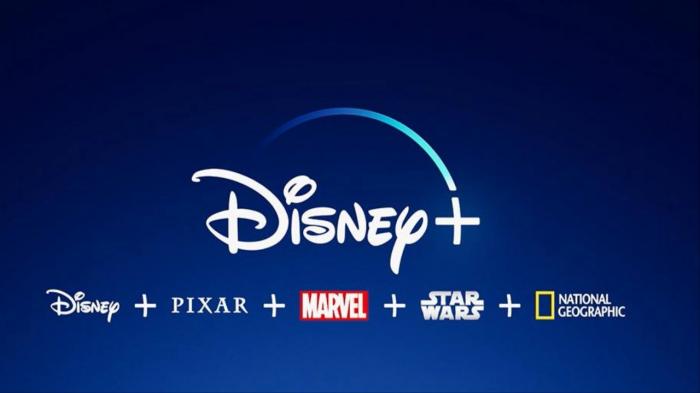 3. How Can You Get Disney Plus on Amazon Fire Stick APK?

If you want to get Disney Plus on Amazon Fire Stick APK, here are the steps you have to follow; 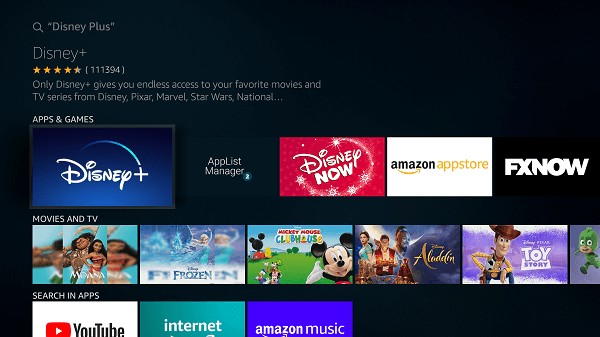 4. What Do I Need to Watch Amazon Disney Plus on Firestick?

If you want to watch Amazon Disney Plus on Firestick, you need to make sure that you do the following.

5. What Can You Watch On Disney Plus Amazon Fire Stick? 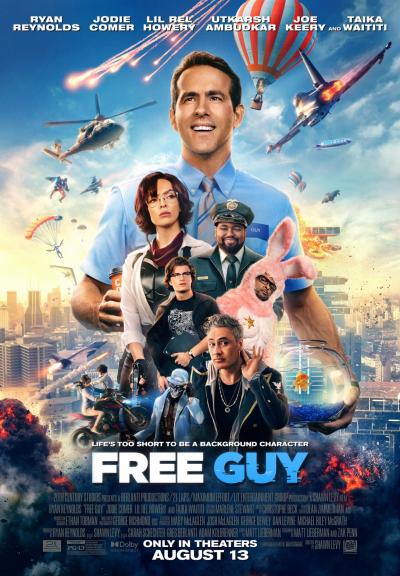 One of the best movies that you can catch on Disney Plus Amazon Prime is Free Guy. Ryan Reynolds plays the role of Guy who realizes that he is a part of a video game. The movie perfectly depicts the physics and logic of this kind of game but it is equally effective in showing the real world.

It shows how the best relationship takes place between two programmers, who have already given up on the idea of creating video games for larger companies. Free Guy is a combination of the craziness of games and relationships in the real world. 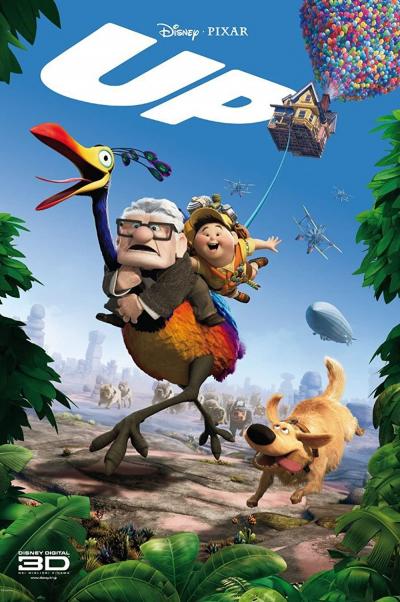 Up is one of the best adventure movies you can catch on Disney Plus on Amazon Fire Stick in the 21st century. It is based on an old man who plans to fly his house to South America with the help of balloons to get a young explorer along for a trip who yearns for a new adventure.

In the process, he learns to let go of his past relationship. The story is beautiful and is packed with thrilling action, lovely visuals, and incredible humor. 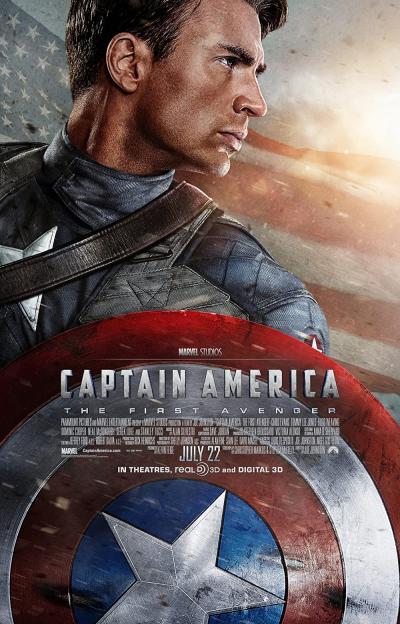 The First Avenger is a great Captain America movie on Amazon Fire Stick Disney Plus. In fact, it can also be said to be one of the best Marvel movies.

The Captain America movie not only has some incredible action but also some human moments, such as Captain America diving into what he believes to be an active grenade or the ability to talk to women.

It shows that he is a good-hearted character and gives the movie a fair shake. Marvel hasn’t done heroism better than this Captain America movie. 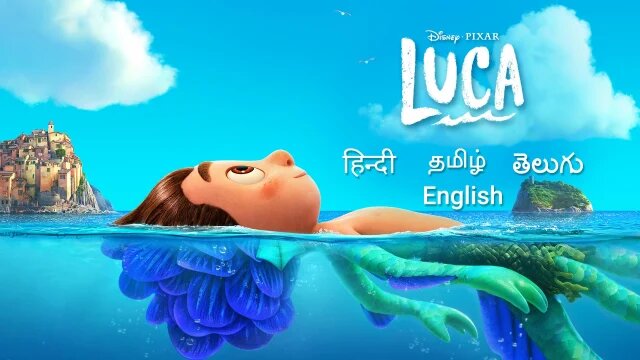 Luca is a Pixar film. It is a sweet summery delight inspired by the director’s childhood. The movie is based on the 1950s-60s Italian Riviera where Luca, a young sea monster, gets to meet humans as he goes to the surface just to find out that he changes into a human boy when he is out of water.

Together with Alberto, a daring sea monster, he makes new friends and gets to know about life outside his home. The movie is intimate and is a story about queerness.

5.5 Guardians of the Galaxy 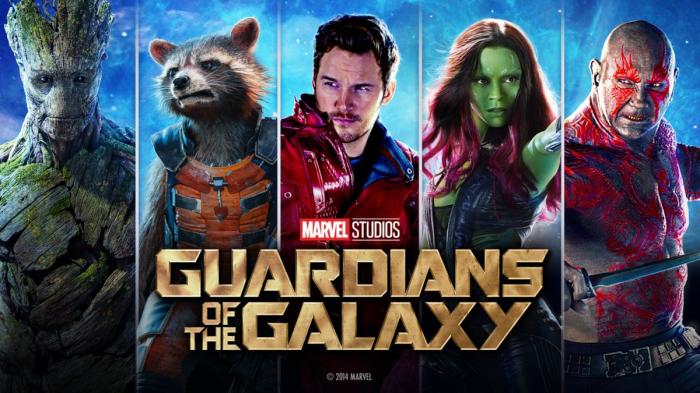 Guardians of the Galaxy is MCU’s game-changing movie. It is a superhero blockbuster that you can stream anytime on Disney Plus on Amazon Prime. the vision of the co-writer and director James Gunn and co-writer Nicole Perlman’s soar to the stars as it is so rooted in the planet. With the movie, you can head to outer space where bright-colored aliens blast out everything with lasers.

However, the movie focuses on capital H Human who prefers rock music, cheesy facial hair, and wisecracking. It is a great way to introduce a new tone into the Marvel Universe and the movie maintains MCU’s smartly self-contained pleasures. 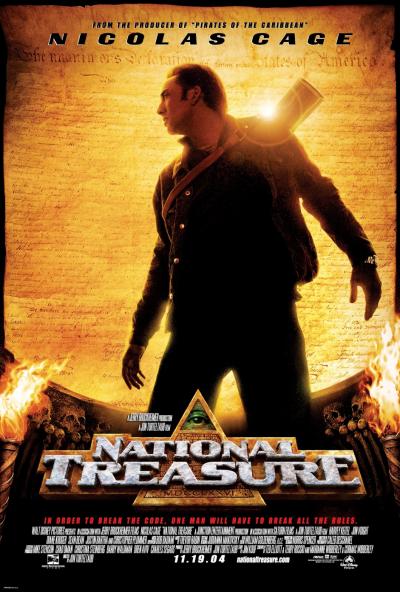 In case you are searching for a movie that is undeniably watchable, check out National Treasure. It is a movie that doesn’t have pretensions about it. Nicolas Cage helps a great deal in selling the movie. He plays the role of an American historian, who is also a treasure hunter.

He follows a series of unfortunate events. He includes a secret treasure map that no one has found over the last couple of centuries. The movie moves with a fun pace that is reminiscent of the movie Ocean’s Eleven.

6. How to Watch Disney Plus Shows and Movies Offline?

With this, you will be able to download on-demand shows from Disney Plus, even if you are able to catch them on Disney Plus on Amazon Fire Stick. Here are some of the features of the downloaders that can prove to be useful. 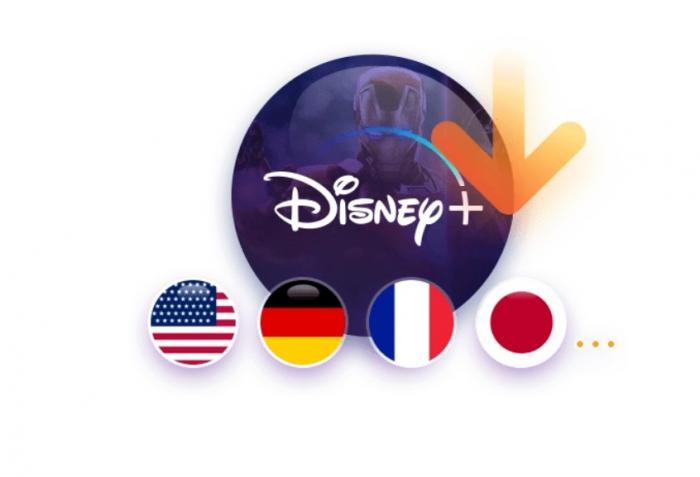 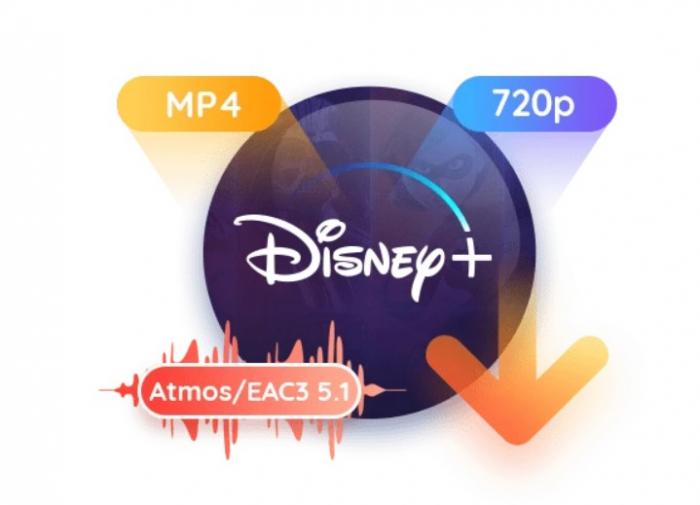 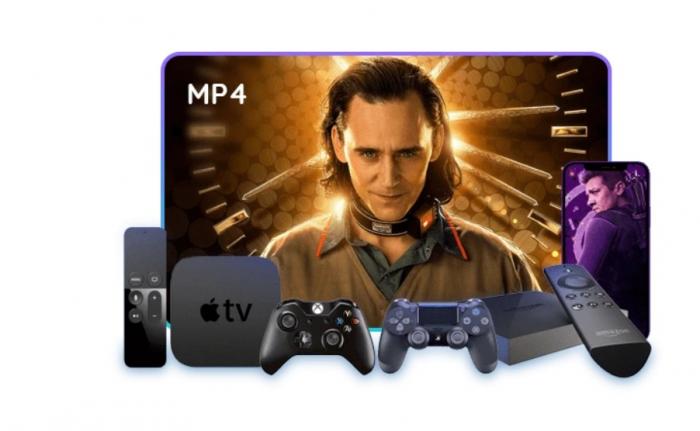 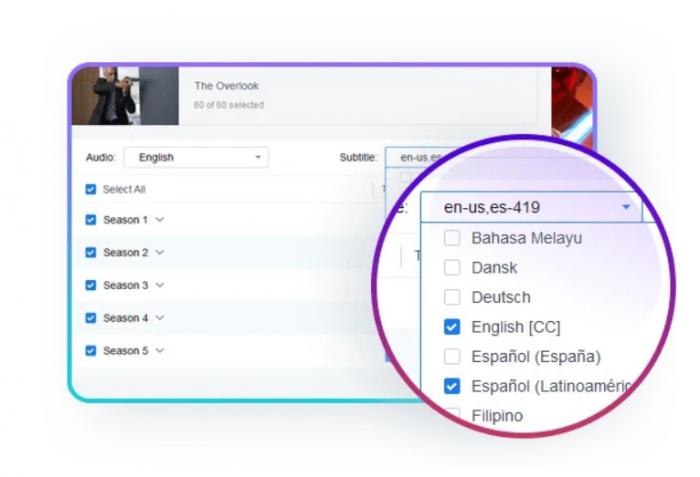 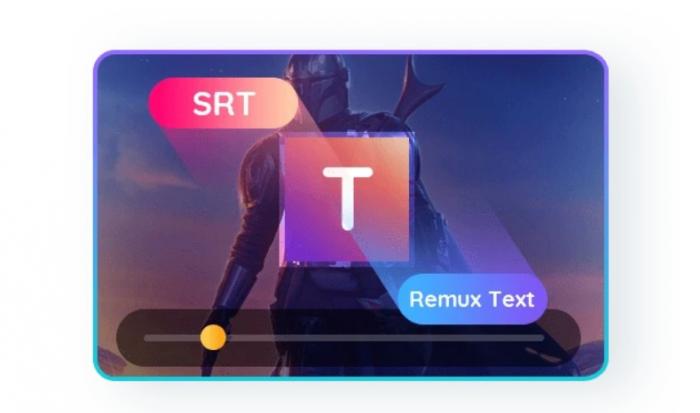 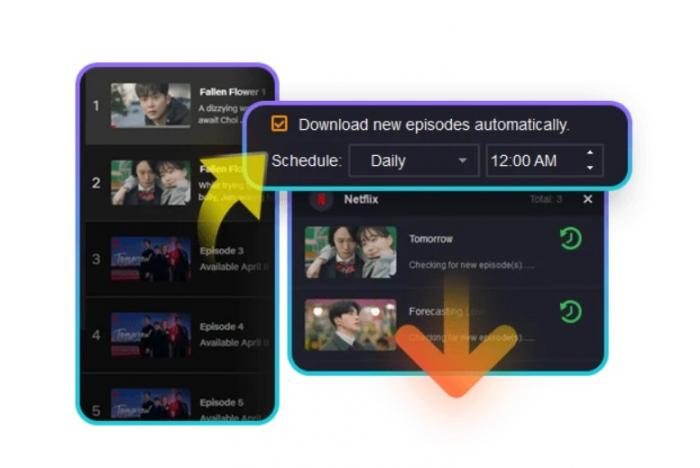 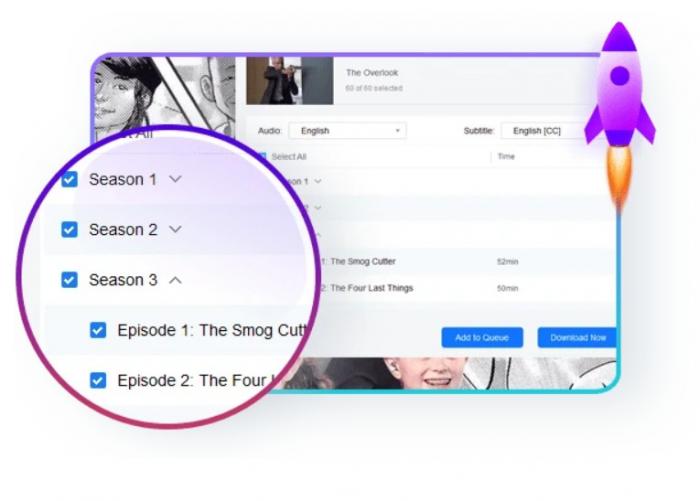 StreamFab can only be used if you are using it for your personal needs and you shouldn’t share the content you are downloading with a third party. With this Disney movie downloader, you will be able to download up to 50 downloads per day. This limitation has been placed to avoid being blocked by the providers.  You can download the tool for free but to use the features, you will have to get a subscription.

However, if you have to watch the shows offline, you can use StreamFab Disney Plus Downloader on your device. With this, you will be able to download Disney movies and shows you want on your desktop even if you cannot watch it on Amazon Prime Disney Plus.