StreamFab All-In-One
to download your favorite on-demand videos from Netflix, Amazon Prime Video, YouTube, and 1000+ other streaming websites to watch on any device, anytime, and anywhere?
Free Download
Learn More>
Home > Disney Plus > 2022 Disney Plus Price Breakdown, Sign Up Deals, What to Watch and Where to Watch

2022 Disney Plus Price Breakdown, Sign Up Deals, What to Watch and Where to Watch

You will find all the information you need about the Disney Plus subscription here, including how much is Disney+ and also what and where to watch Disney Plus.
StreamFab Disney Plus Downloader
① Download Disney+ videos as MP4/MKV videos
② Save downloads in 720p quality with 5.1-channel audio
③ Batch-download multiple titles at one go fast
④ Download subtitles of your preferred language

Disney Plus is now accessible on many devices and is set to be available worldwide. This is a good time to learn more about the Disney Plus subscription. Let's check what's coming up, what's the Disney Plus price, what is on Disney Plus, and is Disney Plus worth it or not.

Section 1: How Much Is The Disney Plus Price?

Disney Plus is a streaming service that simply puts you at an advantage. Once you subscribe, you can have all your favorite Disney content in your pocket. In the past, there was an option to try Disney Plus for free. So, you could enjoy all of its content during the trial period and consider whether you want to continue the subscription or cancel it. Now, getting a free trial from Disney Plus is not possible anymore.

What about the Disney Plus price? When it was first released, it was much more affordable than other streaming services. It costs you only $6.99 a month or $69.99 if you choose the annual payment method ($5.83 per month) in the US.

Meanwhile, nowadays, how much does Disney Plus cost? The cost of Disney Plus has increased. However, even with the Disney Plus price rise, it still costs significantly less than its rivals. Let's check how much is Disney + in the United States. Disney Plus is currently available for either $7.99 per month or $79.99 per year ($6.66 per month).

1.1 Is The Disney Plus Price Worth It?

If you only consider the price rise of the yearly subscription fee as a whole, it may appear quite costly. However, if you divide it by 12 months, the increase comes to less than $1. It is still a decent deal, isn't it? Besides, considering that Disney Plus still has more than 100 million subscribers who pay annually, it's pretty safe to say that they're fine with the slight price rise as well. 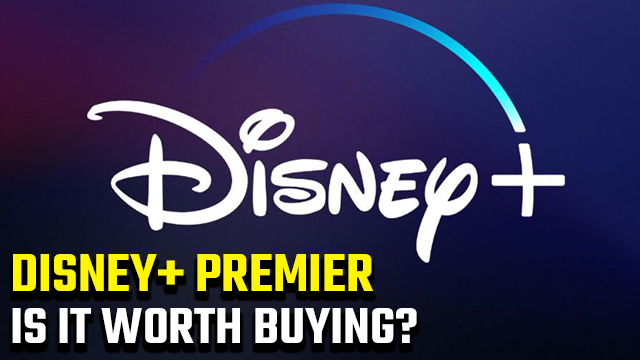 To sum up, the Disney Plus price is still the most affordable compared to its competitors. For example, Netflix and HBO Max memberships cost their subscribers around $9.99 monthly. Furthermore, if you have been a Prime Video subscriber, you must have known that it's as pricey as $8.99 monthly, and an annual Amazon Prime subscription costs you $139.

Besides, there is also a combo package such as Disney Plus, Hulu, and ESPN Plus bundle. You will have Disney's family-friendly content as well as dramas from Hulu and sports from ESPN Plus. Three services are included in this Disney Plus sign-up package, and it's cost only $13.99 in the US. Is Disney Plus worth it? You will decide. Just for your information that it is the same price as the cost of one month of Netflix Standard HD plan.

Section 2: Are There Any Other Disney Plus Sign-Up Deals?

Disney Plus is accessible in more than 50 countries. However, there may be some slight price variations. Then, how much is Disney Plus a month in each country? Let's see the price range in several other regions.

2.1 Disney Plus Deals in Europe

2.2 Disney Plus Deals in American Regions

2.3 Disney Plus Deals in Oceania

2.4 Disney Plus Deals in Asia

Singapore-based subscribers are expected to pay either S$11.98 monthly or S$119.98 for a year of Disney Plus subscription. Meanwhile, in India, they call it Disney Plus with Hotstar. That bundle is the only Disney Plus deal available in India.

In addition to Disney Plus access and Hotstar specials (Premium tier), there are no advertisements and you get to watch Full HD video with Dolby 5.1 audio, you also get access to multiplex and new Indian movies in various languages such as English or several other dubbing options.

How much is Disney Plus a month with that bundle? Disney Plus Hotstar with premium tier costs Indian subscribers ₹299 monthly (around $4), and a yearly package costs them ₹1499. For your information, the Disney Plus price in India is considered the cheapest on the list so far.

Section 3: What Is On Disney Plus?

Disney is like a one-size-fits-all streaming service. Disney offers a wide range of genres, including musicals, romance, action, teen, drama, reality, comedy, family, documentary, wildlife, and absolutely superheroes. Besides, Disney Plus is the only place to see the shows, movies, and shorts produced by various big production companies.

For example, Disney's own studio, Star, Marvel, Star Wars, National Geographic, and Pixar's releases will be available for streaming only on Disney Plus and nowhere else. So, what is on Disney Plus? That's not even a thing to worry about.

The latest released in Disney Plus are Turning Red, The King's Man, and The Walking Dead. They also have Moon Knight, Encanto, The Book of Boba Fett, Pam and Tommy, Cruella, The Dropout, The Proud Family: Louder and Prouder as well as The Rescue. Those are exclusive, and you won't be able to stream them elsewhere.

In case you missed watching hits such as Cinderella, Avatar, Moana, The Lion King, Finding Dory, Frozen, Ice Age as well as Free Solo, no need to google back and forth. Simply type the title on Disney Plus and start binge-watch them. In addition, you will also have reality shows, behind-the-scenes stories, sports competitions, animations, as well as nature and adventure movies. Besides, original content available on Disney Plus is always updated.

Section 4: How Do You Get Disney Plus?

Getting Disney Plus on your device is so effortless. Simply visit the Disney Plus homepage, choose which package you want, whether a monthly or annual subscription, and then you only have to fill in your information details. Once you have an account, simply download the Disney Plus app to your preferred device. You can find the app on the app store provided on your device. Sign in and enjoy your time streaming movies and shows in Disney Plus. 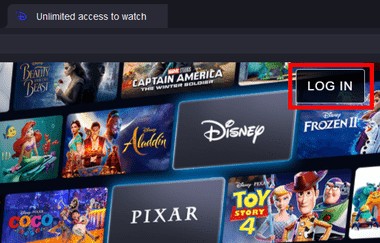 Now, you must be wondering where to watch and what devices are compatible with Disney Plus. Basically, various devices support Disney Plus. However, to be complete, here is the list.

Disney+ is available for streaming on a variety of smart TVs (including Android TV, LG, Roku, Samsung, Vizio, and others), tablets as well as smartphones (iOS and Android), gaming consoles (PlayStation and Xbox), and other streaming devices namely Amazon Fire TV, Apple TV, Chromecast, and Roku.

However, if you don't have a compatible device to download the app, no worries. Disney Plus is still accessible through a web browser.

Section 5: Is The Download Feature Available on Disney Plus? 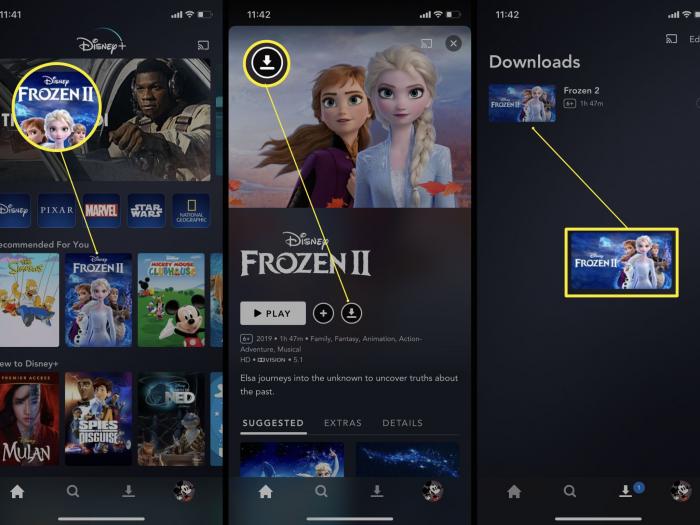 However, note that on PCs, you are not able to download Disney Plus content. This is when you need the second method, using a third-party Disney movie downloader like StreamFab Disney Plus Downloader. When other downloaders require you to copy the videos link to their page and sometimes annoyingly download the content as well as the ads or even fail to be played, StreamFab puts you at ease. 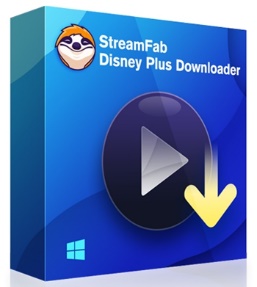 What an interesting Disney Plus downloader, right? The instructions below will help you install StreamFab on your device. 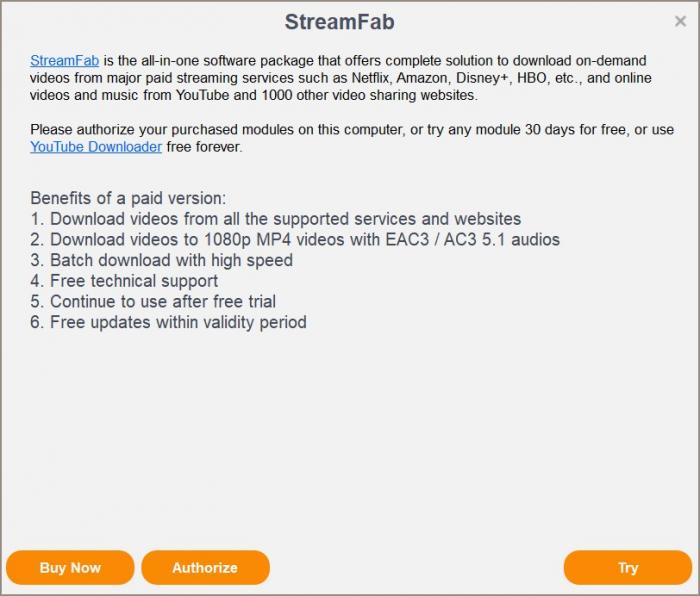 Using StreamFab, you can now download any Disney Plus content. Below are the steps you will need. 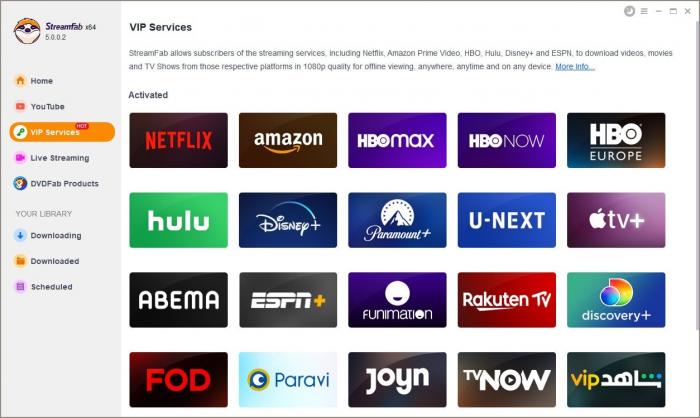 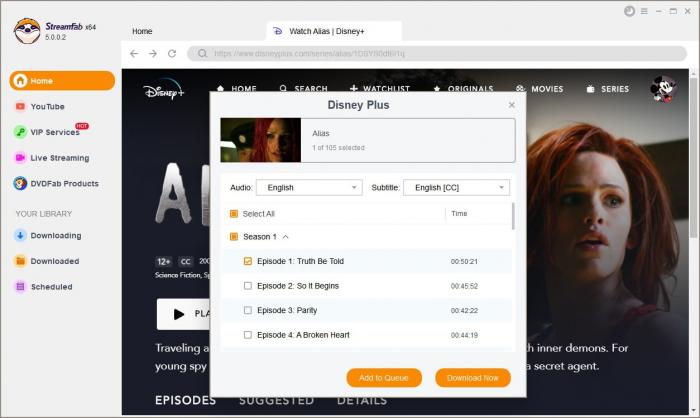 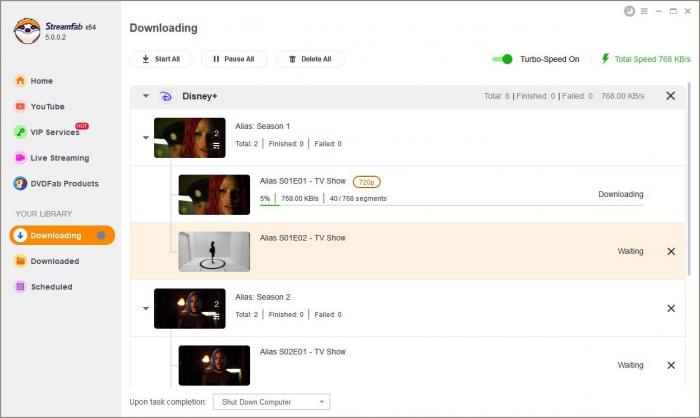 We have talked about Disney Plus' price in the US as well as in several other regions. Also, provide you with the list of compatible devices to watch Disney Plus and what content is available to watch on it. Disney Plus also makes it possible for the content to be downloaded.