StreamFab All-In-One
Download streaming videos from Netflix, Amazon Prime Video, YouTube, and 1000+ other M3U8 or MPD-encrypted streaming websites to watch on any device, anytime, and anywhere.
Free Download
Learn More>
Home > Others > Funimation vs Crunchyroll: Which Anime Streaming Website Do You Prefer?

Funimation vs Crunchyroll: Which Anime Streaming Website Do You Prefer?

Funimation vs Crunchyroll - Both are the most popular anime streaming services available right now. Read more to find out which one you prefer.
StreamFab Funimation Downloader
① Download anime movies and shows from Funimation
② Save downloads as MP4/MKV files in 1080p
③ Batch-download multiple titles at one go fast
④ Download audios & subtitles of your preferred language

Funimation vs Crunchyroll - These are the most popular anime streaming websites for those who are a newbie. Also, for those who are big fans of anime. However, many people still don't know which one they prefer. No matter if they are a newbie who wants to watch their first anime or a die-hard anime fan.

But at the moment, the Funimation app and website are only available in the US, Canada, the UK, Australia, and New Zealand. Using VPN is the only way to access this site if you live outside those countries. 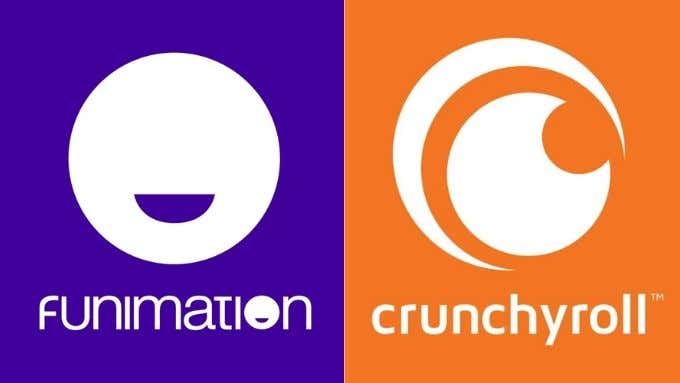 Similar to Funimation, Crunchyroll is one of the most popular sites to watch anime online. Crunchyroll has almost 100 million registered users and 4.5 million paid subscribers. It is a service available in more than 200 countries, has both old and new anime and many mangas, movies, and games. You can watch Crunchyroll's great content for free in 480p, but if you want more, you'll have to pay.

Regarding pricing and plans, both platforms provide free 14-day trials, and they have premium monthly and yearly plans. In order to know more, let's take a deeper look into the packages they offer.

When you compare both platforms, Funimation is cheaper. The lowest-cost plan is only $5.99 per month and gives you ad-free access to the entire Funimation library with English subtitles and dubs, as well as 2 simultaneous streams.

When it comes to Crunchyroll, the cheapest plan starts at $7.99 per month and also gives you ad-free access to all of Crunchyroll's anime and digital Manga in English. However, you can only stream on one device at a time. 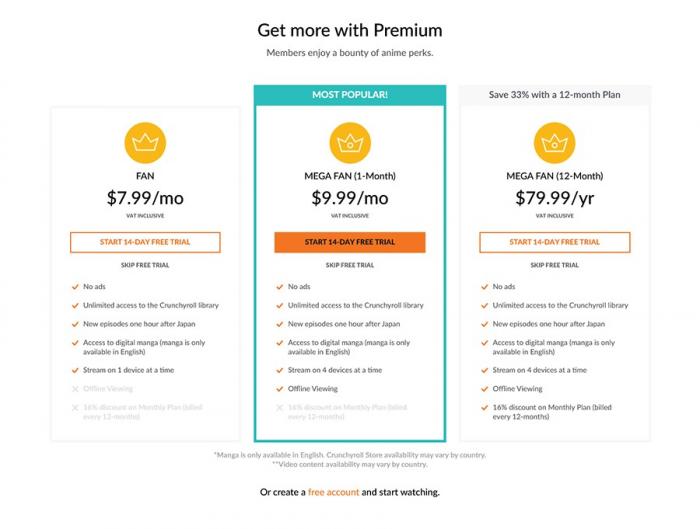 Regarding the premium plan, The Funimation Premium Plus plan costs $7.99 per month and supports everything in the previous plan, offline watching on supported devices, member-only events and offers, early access to Funimation sales, and free shipping on orders over $20.

On the other hand, the Crunchyroll Mega Fan plan costs $9.99 per month. It includes all of the perks of the previous plan, streams on 4 devices at once, offline viewing, and access to Crunchyroll expos and events.

Lastly, the Crunchyroll Ultimate Fan plan costs $14.99 a month and adds physical perks like an annual "swag bag" and a slightly bigger one-time discount in their online store. Also, the total number of simultaneous streams goes from 4 to 6 devices.

In contrast, the Funimation Premium Plus Ultra plan is only available as an annual package that costs $99.99. The only difference is that you don't have to spend a certain amount to get free shipping, and you'll get a special gift every year.

Funimation is the definite winner among anime fans who favor dubbing. Dubs are what Funimation is known for. Their library has hundreds of anime titles with English voiceovers. In addition, they are usually available soon after a new anime episode comes out.

Meanwhile, some SimulDub episodes on Crunchyroll don't come out until a few weeks after the original Japanese release. Also, Crunchyroll used to dub well-known anime only, including Blue Exorcist, Durarara!!, Fullmetal and Alchemist: Brotherhood.

Furthermore, if you are a person who rarely watches anime with dubs and prefers the original Japanese, keep in mind that Crunchyroll and Funimation show the English subtitle differently. Crunchyroll uses regular subtitles with no background and can be changed.

In contrast, Funimation doesn't have that feature. Users of the Funimation app may be very upset because they can't get rid of the annoying black background of the subtitles. Hence, for subs, Crunchyroll is the obvious winner.

Now we reach the aspect that can be considered crucial. Even though Crunchyroll has a much bigger collection of anime, Funimation has a lot of it too. Besides that, Funimation and Crunchyroll each have their exclusives. But Funimation is more focused on English anime dubs.

Crunchyroll, on the other hand, tends to concentrate on subs. Crunchyroll has a huge library that isn't just about anime. On top of that, there are a lot of J-dramas and Manga on Crunchyroll. This is an additional contrast between the two platforms. Even though both offer a wide variety of anime libraries, most anime fans consider Crunchyroll the better one. 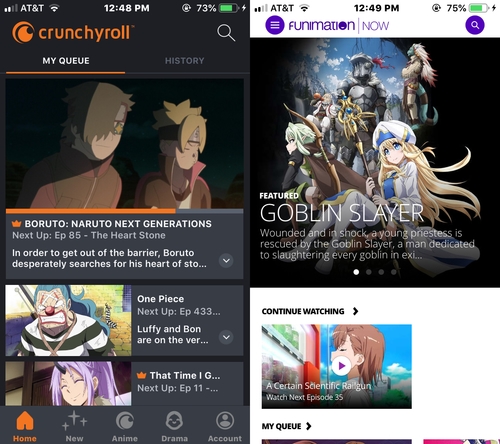 Crunchyroll has many selections of simulcasts. There are between 4 and 10 simulcasts available every day. There is no such thing as a perfect simulcast, but most Crunchyroll simulcasts are available within an hour of the anime's first airing in Japan.

This is not a long wait, but in some cases, you may have to wait up to seven hours. Meanwhile, Funimation offers many simultaneous streams that you can watch only a few hours after the original anime airing.

The interface of Crunchyroll isn't simple to use. Also, Crunchyroll's filtering feature isn't really good at helping you find specific titles. You can search its huge library by categories, such as Popular, Simulcasts, Updated, Alphabetical, Genres, and Seasons. But the Alphabetical filter can be hard to use when looking through many titles.

Funimation, on the other hand, is much easier to use. It sorts its shows by "Popular", "All Shows", "Genres", and "Simuldub". Action/Adventure, Comedy, Drama, Horror, Psychological, Sci-Fi, Fantasy, Slice of Life, Live-Action, Romance, Shounen, Shoujo, and Fan Service are some of the genres it has.

Regarding device compatibility, Crunchyroll and Funimation are accessible on the majority of popular devices. While Crunchyroll has a Nintendo Wii U app, Funimation does not. Mentioned below are the specific devices supported by each platform.

Funimation and Crunchyroll are both popular anime and other Japanese media streaming websites, so choosing between them is not always easy. Furthermore, the information you have read above should be able to give you an idea of which one is best for you.

If you subscribe to one of the paid plans from Crunchyroll or Funimation, you will get to use the offline-viewing feature. But there are some restrictions to this feature:

To download Crunchyroll or Funimation content without any restrictions, you can use a third-party downloader called StreamFab. 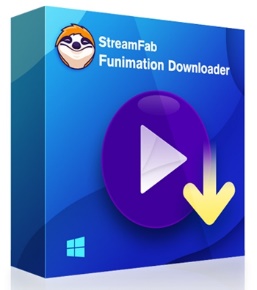 StreamFab Funimation Downloader allows you to download Funimation videos without ads, all the episodes of your favorite anime series at once, or different regional Funimation content with subtitles, resolution, or audio tracks that you want.

It is an all-in-one solution that lets you download content with just a few clicks. With this streaming video downloader, you can download Funimation or Crunchyroll on a Windows or Mac PC and watch them offline on any device you want without any limitations.

If you want to download the anime content from Funimation or Crunchyroll, you can do so. However, there are many limitations you will face if you use the official app. Such as, within a certain amount of time, the video you downloaded will be expired.

And you can only download content that has options for downloading. Therefore, you need a third-party solution like StreamFab Funimation Downloader to keep you away from those limitations.