Are you looking for some Paramount movies to binge during the weekends? You need to check out this article to find out what are the top 20 best Paramount movies you can binge-watch as of now in 2023.
StreamFab Paramount Plus Downloader
① Download streaming contents from Paramount+
② Save downloads as MP4/MKV files in 720p/1080p
③ Batch-download multiple titles at one go fast
④ Download audios & subtitles of your preferred language

Paramount Plus is one of the streaming services that's available today. Now, Paramount Plus has over 2,500 movies that you can watch.

Paramount Plus is available on many devices such as Android, iOS, Mac, Windows, etc. Also, the app is free to download, but you will have to subscribe to use their service.

If you want to know what are the top Paramount movies, this article will cover you.

As we mentioned earlier, Paramount Plus has over 2,500 movies that you can choose from. You might be confused about which movies to watch. But don't worry; in this section, we will list the top 20 movies on Paramount Plus.

One of the year's best documentaries; it's wonderful that a service like Paramount Plus can expose it to a broader audience. This is the story of the Sanford family, a tribe in northern Washington, DC, who spent two decades filming themselves. The title refers to the family near the White House, although their lifestyles are opposite of the residents. 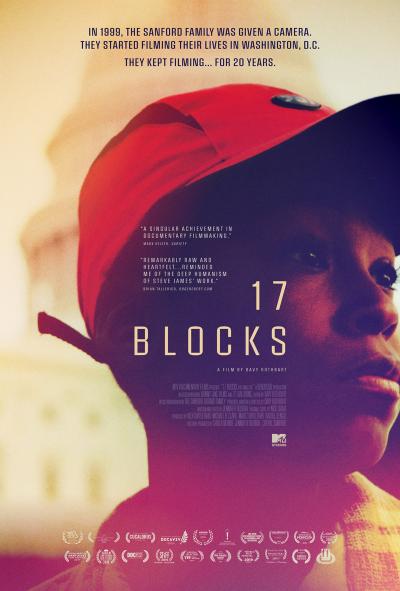 It is The Godfather trilogy's second installment. It also serves as both a sequel and a prologue to the original since it features parallel father-son tales. On the one side, there's Michael, the Corleone family's new Don, who is attempting to grow his crime empire. Meanwhile, we will also watch the rise to power of a young Vito Corleone. 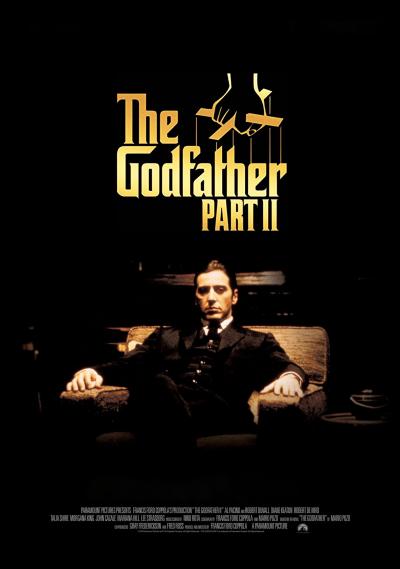 Pulp Fiction is a black comedy/crime hybrid film directed by Quentin Tarantino. It explores numerous storylines set in Los Angeles, such as the story of two hitmen, a couple of thieves, and an elderly boxer. It is widely recognized as one of the most popular films of the 1990s due to its unique structure and rich design. If you haven't watched it yet, now is the perfect time to do it. 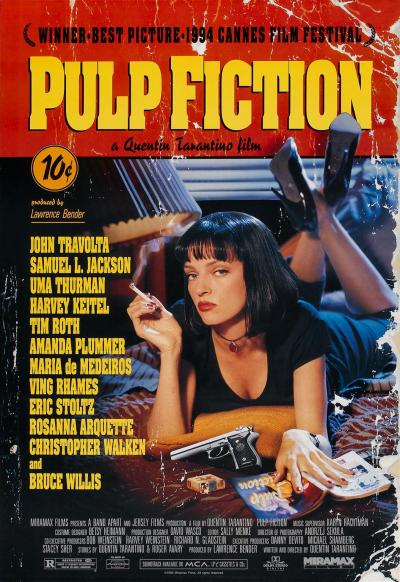 Evan is the central character of Infinite, a guy tortured by recollections of locations he has never visited. He struggles until he encounters the Infinites, a mysterious group of individuals who reveal that those memories are likely from Evan's previous life. They collaborate to uncover Evan's history and save humanity from imminent disaster. 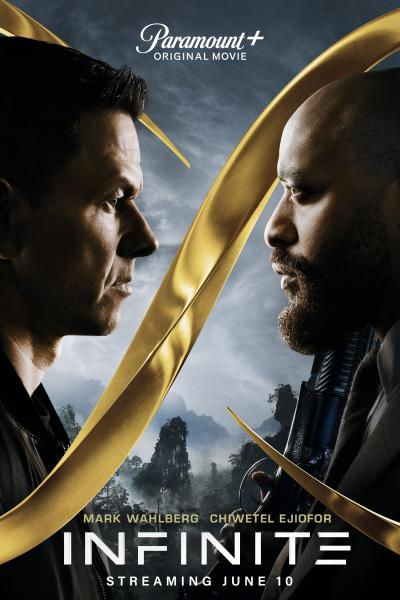 World War Z is both a horror and action film with a fantastic performance by Brad Pitt as the starring character. He plays a former United Nations investigator trapped in a traffic jam with his family when the city is suddenly invaded by zombies. As the chaos spreads, he embarks on a global search for the source of the outbreak. 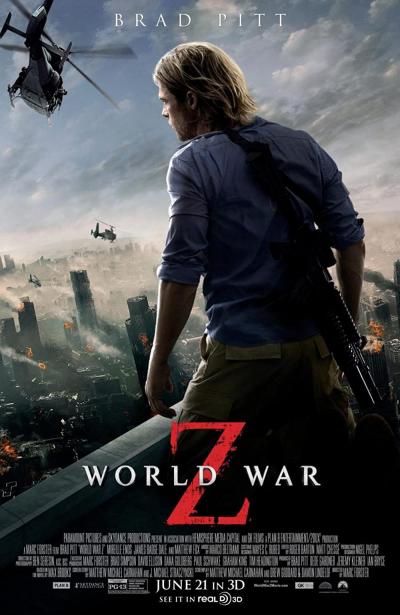 1.6 Indiana Jones and the Raiders of the Lost Ark 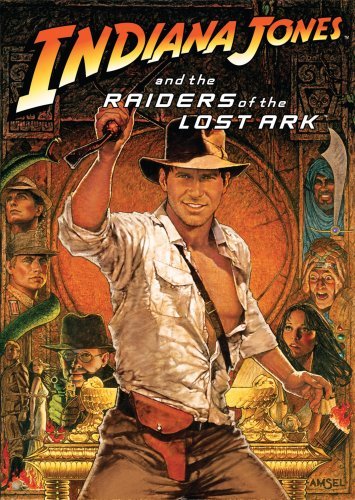 The story of Danny Lupo, the manager of Miami's Sun Gym in the 1990s. He believes that the only way to reach his idea of the American dream is through extortion. To accomplish his goals, he calls up the assistance of musclemen Paul and Adrian. They abduct wealthy businessman Victor Kershaw and convince him to sign over all his assets to them after several failed attempts. However, when Kershaw survives, officials are unwilling to trust his story. 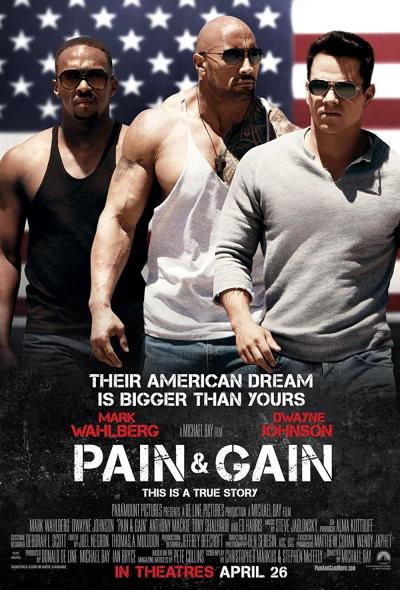 A comedy film that tells the story of the Hoover family. Together, the six-person family travels from Albuquerque to Redondo Beach for the Little Miss Sunshine pageant. They travel because they want to fulfill the dream of a seven-year-old girl named Olive. 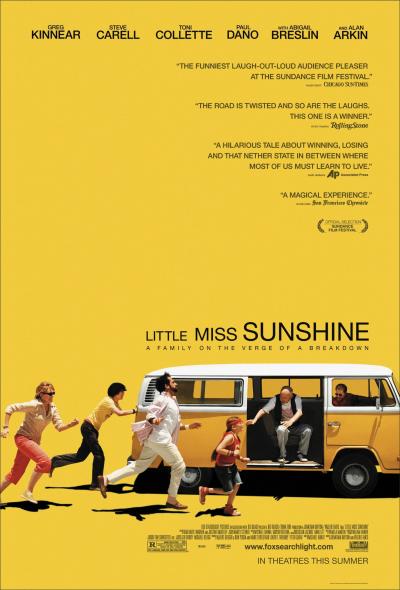 A really popular sci-fi film for science and space lovers. Professor Brand (Michael Caine), a brilliant NASA scientist is developing plans to preserve humanity by moving the whole population of Earth to a new planet via a wormhole. But first, Brand must dispatch former NASA pilot Cooper (Matthew McConaughey) and a team of scientists through the wormhole and across the galaxy to determine which of the three worlds could be humanity's future home. 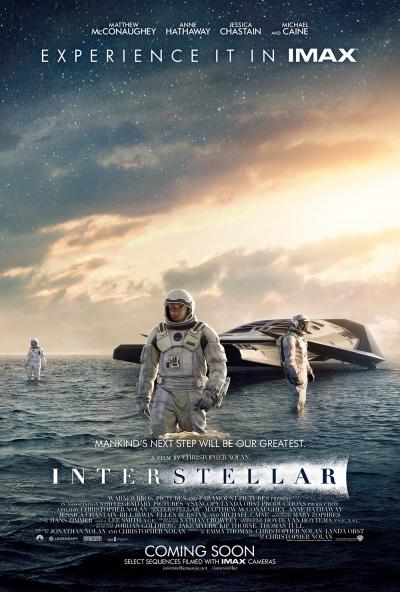 Starring Meg Altman (Jodie Foster) and her young daughter Sarah (Kristen Stewart). When burglars break into their home, Meg and Sarah hide in a panic room. Unfortunately for them, the burglars want something hidden within the chamber and will not stop until they get it. 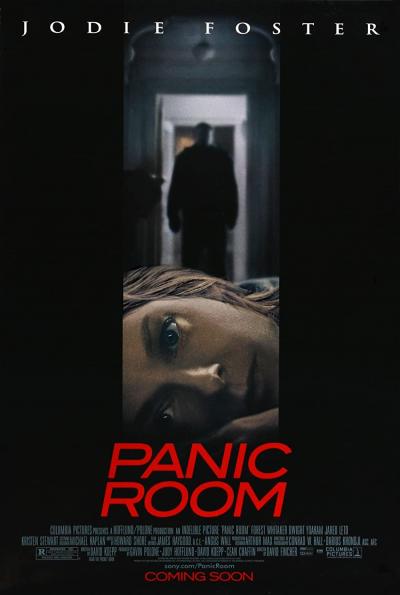 Paranormal Activity is a horror film that tells a story about a couple that just moved into a new house. However, after they moved in, they were disturbed by a supernatural presence. After that, they put up video cameras in the house in the hopes of capturing proof, but they are not ready for the horrible events that follow. 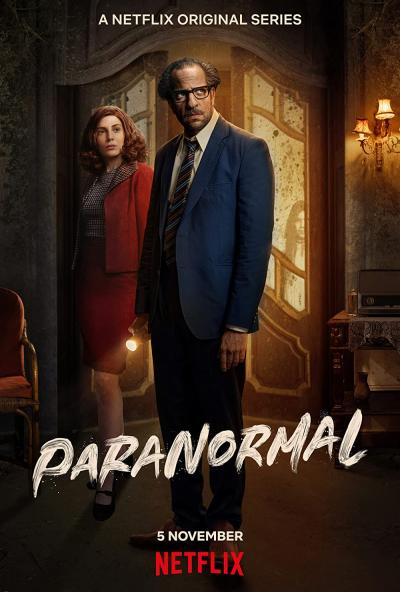 A psychological horror film that follows a hospice nurse who has just converted to Roman Catholicism and has grown obsessed with a former dancer in her care. She believed that she must save her soul by any means necessary. 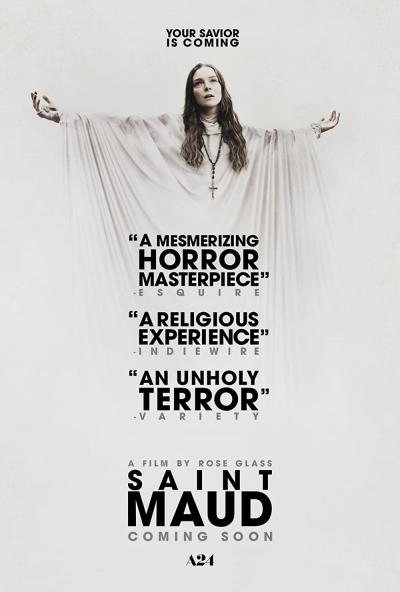 One of the best James Bond movies, when his most recent mission goes horribly wrong, resulting in a disastrous turn of events. MI6 is invaded, and undercover operatives all across the world are exposed, forcing M (Judi Dench) to move the organization. With the compromised MI6, M turns to the man that she can trust, which is Bond. 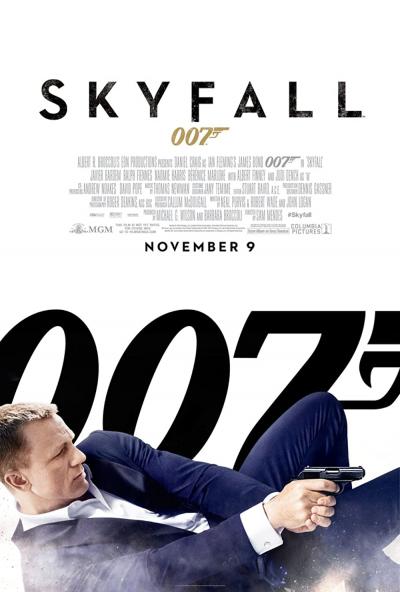 A very popular film about the sinking ship R.M.S Titanic. The R.M.S. Titanic was the White Star Line's pride and joy and, at the time, the world's biggest moving item. The ship sank in the icy waters of the North Atlantic early on April 15, 1912, killing over 1,500 passengers. On the other hand, it is also the love story between Jack and Rose. 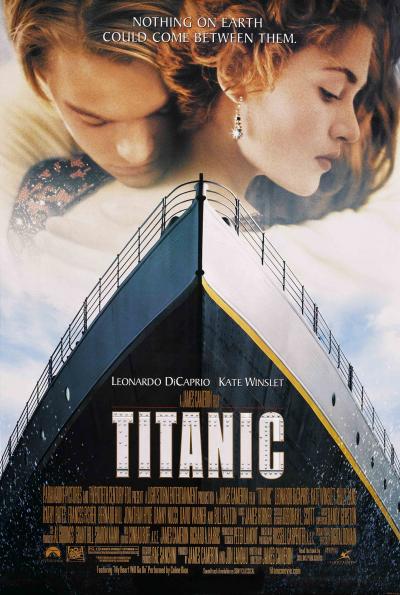 The sixth installment of Mission: Impossible. John Lark, an arms dealer, and a group of terrorists known as the Apostles intend to attack the Vatican, Jerusalem, and Mecca, Saudi Arabia, simultaneously with three plutonium cores. When the weapons go missing, Ethan and his crew find themselves in a deadly race against time to prevent them from falling into the wrong hands. 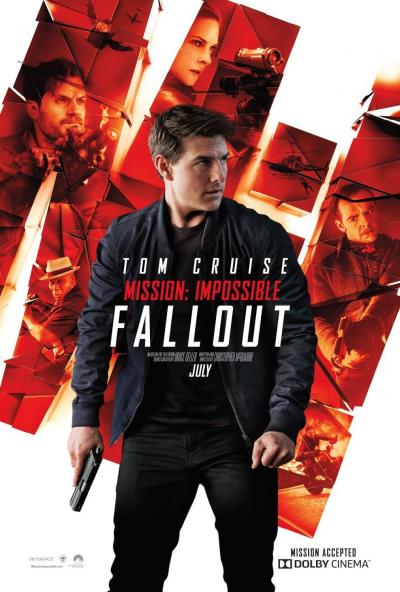 A slave (Jamie Foxx) is set free in pre-Civil War America in return for assisting a German bounty hunter (Christoph Waltz). The slave eventually agrees to assist him in rescuing his wife (Kerry Washington) from a brutal slave master (Leonardo DiCaprio). 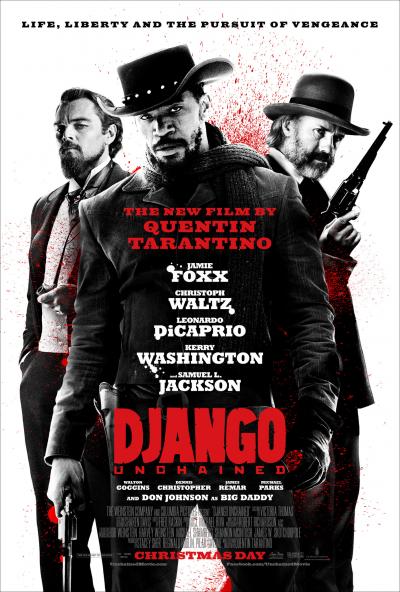 The story follows Lena, both scientist and former soldier, that accepts a mission to discover what happened to her husband inside Area X. Area X is a terrible and unexplained phenomenon that is approaching the American coast. After that, the expedition encounters a world of mutant landscapes and animals that is as dangerous as it is beautiful, threatening both the crew's lives and sanity. 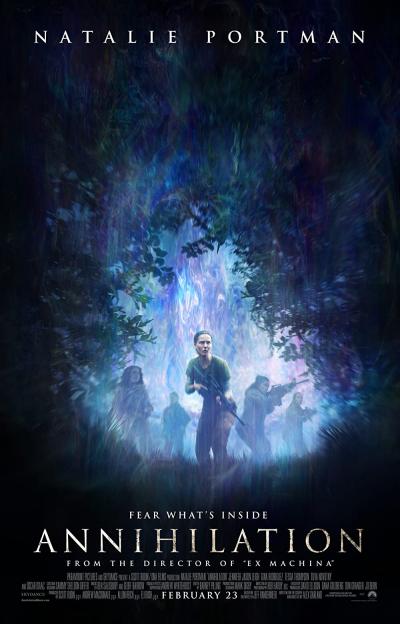 Louise Banks (Amy Adams), a linguistics professor, leads an elite team of detectives when colossal spacecraft crash-lands at 12 sites around the world. As nations stand on the brink of global war, Banks and her crew must race against the clock to discover a way to contact the alien visitors. In an attempt to solve the mystery, she takes a risk that might endanger her life and potentially the whole human race.

Starring Leonardo DiCaprio as Frank, who is a master of deception. He worked as a doctor, a lawyer, and a co-pilot before his 18th birthday. He also became the most successful bank robber in American history. After that, there is Carl Hanratty, an FBI agent, who wants to catch Frank, but Frank is always one step ahead of him. 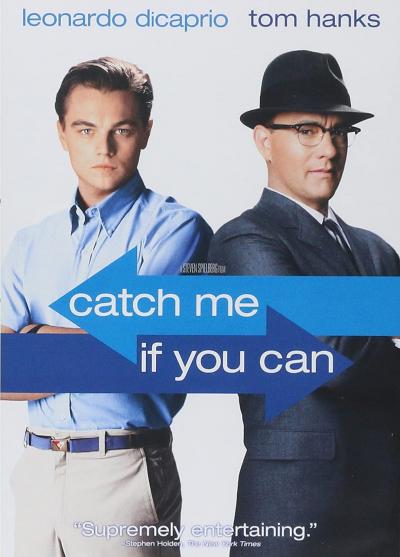 Story of a family that must live in silence to avoid being hunted by unexplained monsters that are sensitive to sound. Evelyn and Lee are determined to find a way to safeguard their children, knowing that even the tiniest sound or footstep might bring death. 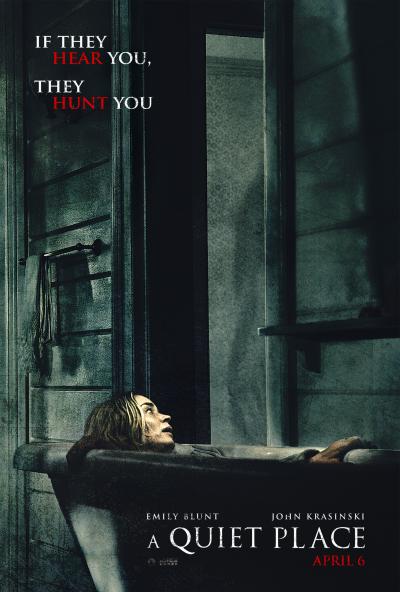 Can you download on paramount plus? The Paramount Plus downloading function is accessible only to Premium monthly and yearly subscribers. Additionally, video downloads are exclusive to Android and iOS devices.

For Android, your device must be running in version 5.0 or higher. Meanwhile, iOS devices must be running iOS 13+ or later. Below are the steps for downloading the Paramount Plus videos using an Android smartphone as an example.

There is a limit of 25 downloads in the downloads library. After the 26th download attempt, an error notice will appear saying that previously downloaded videos must be deleted in order to proceed. Additionally, your downloads are only accessible for 30 days (the expiration period appears under the video title). After starting to watch the video, you will have 48 hours to complete it. 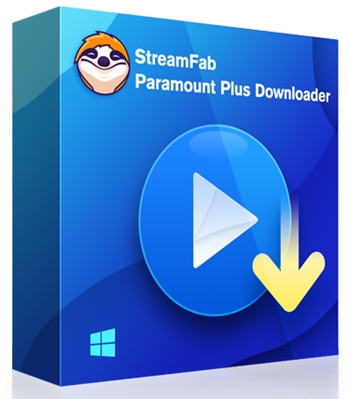 StreamFab can also download 1080p movies in many audio formats, such as EAC3 5.1, AC3 5.1, and AAC 2.0. The movies are downloaded in MP4 format. We will walk you through the process of downloading Paramount Plus movies using the StreamFab Paramount Plus Downloader. 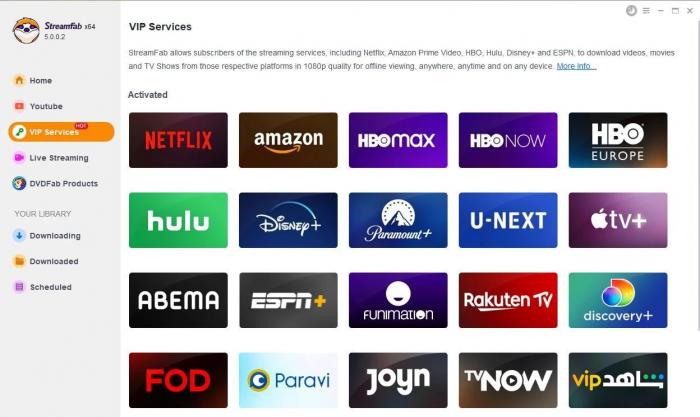 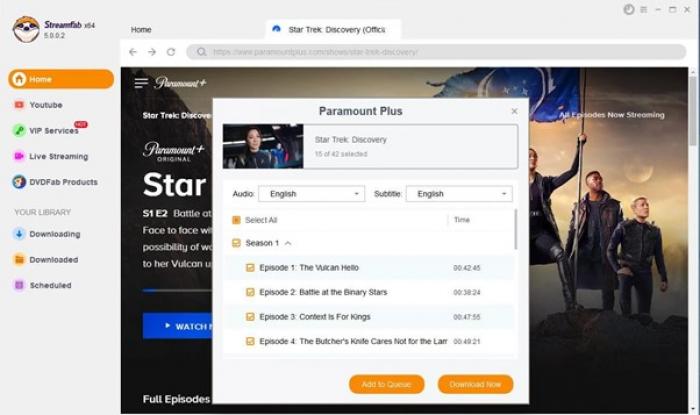 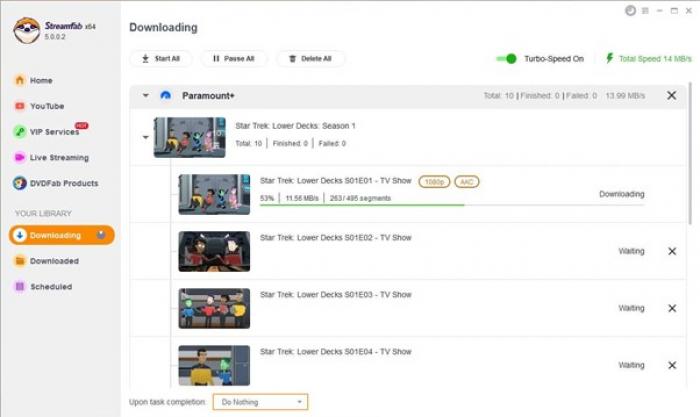 If you like watching movies, Paramount Plus is one of the streaming services that you can choose. Paramount Plus has over 2,500 movies available. You can watch popular titles like The Godfather Part II, Panic Room, Skyfall, Titanic, and many more. Paramount Plus is accessible on many devices, including Android, iOS, gaming consoles, etc.

Paramount Plus app is free, but you need to subscribe to use the streaming service. Additionally, Paramount Plus offers a download feature; however, it is exclusive to Premium plans for Android and iOS devices only. You need to use a reliable Paramount Plus Downloader in order to download on PC.

Free Download
Learn More >
Table of contents
•Section 1: Top 20 Best Paramount Movies
•Section 2: How to Download Paramount Plus Movies?
•Conclusion
homepage ©2019-2023 StreamFab.com All Rights Reserved.
English
Choose Language
Select the version of StreamFab that's right for your Mac
Mac with Intel chip Mac with Apple chip
Check which chip your Mac Has:
1. At the top left, open the Apple menu.
2. Select About This Mac.
3. In the "Overview" tab, look for "Processor" or "Chip".
4. Check if it says "Intel" or "Apple".