StreamFab All-In-One
Download streaming videos from Netflix, Amazon Prime Video, YouTube, and 1000+ other M3U8 or MPD-encrypted streaming websites to watch on any device, anytime, and anywhere.
Free Download
Learn More>
Home > HBO > What Is HBO Max, Does It Worth Your Money?

What Is HBO Max, Does It Worth Your Money?

After reading this article, those who are not very sure about the HBO Max streaming service should now have a very good understanding of the new competitor to Netflix.
StreamFab HBO Downloader
① Download videos from HBO Max/Now/Europe
② Save downloads as MP4/MKV files of up to 4K UHD
③ Batch-download multiple titles at one go fast
④ Download audios & subtitles of your preferred language

The HBO Max service offers streaming access to original series and movies from the network. While the library of original content is small, it has a growing number of movies and TV shows that were not originally broadcast by the network.

HBO Max has a growing number of apps, which include Not Too Late Show with Elmo, Craftopia, and On the Record. You can also watch movies from Warner Bros.' slate for 2021. Unfortunately, HBO Max hasn't reached 4K quality yet and it lacks device support. However, it does support Roku and Fire TV and a few movies are 4K. 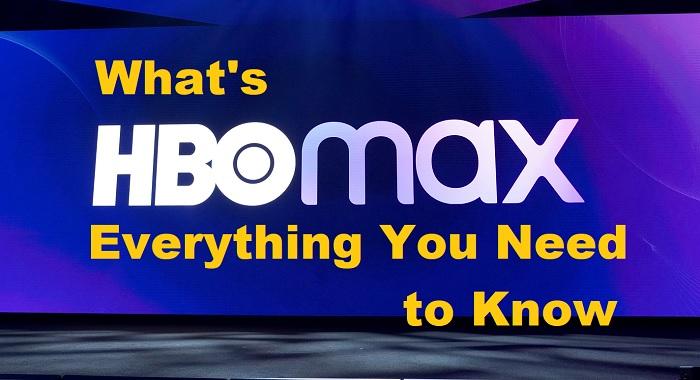 1. HBO Max is a streaming service from WarnerMedia

HBO Max is a streaming service that features a library of classic television shows and movies from the WarnerMedia stable. It includes a prequel to the hit Game of Thrones and classics from other HBO series. The new service also features original shows such as Lovecraft Country, which was created by Jordan Peele and J.J. Abrams. It also has shows from Cartoon Network, Adult Swim, Crunchyroll, and Studio Ghibli. HBO Max is also the exclusive home of all 10 seasons of the beloved show Friends.

Among the first exclusive movies that HBO will air on HBO Max are episodes of the CW network's new hit show, "Pretty Little Liars." The CW network will no longer have a streaming deal with Netflix, and HBO will have exclusive rights to the popular drama. WarnerMedia also owns DC Universe, which offers a comic book library as well as original shows such as Titans and Doom Patrol.

HBO Max will be available to the public on May 27. The company has also announced a series of new deals with other media companies, including Warner Bros. Television and Turner Classic Movies. "Friends" is an example of a new show to be available on HBO Max. The company has been licensing the series to Netflix for years, but hopes that fans will flock to HBO Max instead. It is not clear whether HBO Max will be the first streaming service from WarnerMedia, which is building a streaming service to compete with Netflix and Hulu.

HBO Max has a short list of original shows, but the lineup is always evolving and growing. Among the most notable shows on HBO Max are Euphoria, Peacemaker, and The Girl Before. The first two are mystery dramas, while the third is a horror series starring Zoe Kravitz. The network has also added several original films, including KIMI starring Zoe Kravitz.

HBO Max is a streaming service that brings original series and movies to a wider audience. HBO Max also features more than two dozen original family-friendly shows, including popular animated series such as Infinity Train and Tom and Jerry. Other shows available on HBO Max include chef specials, exclusive reality competitions, documentaries, movies, and a spinoff of Adventure Time. You can watch these shows in a short amount of time, and it is free. 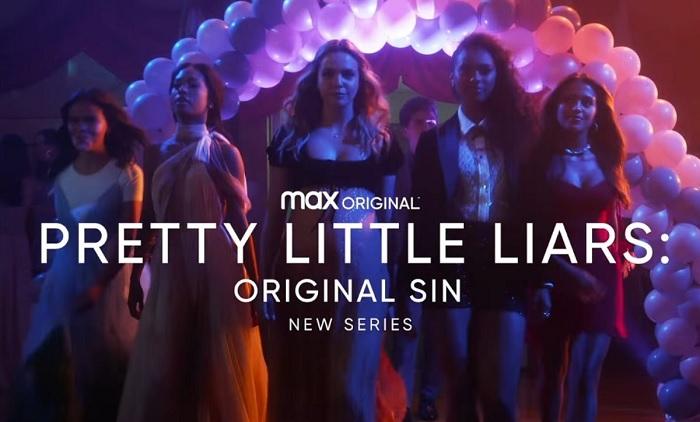 HBO Max is an excellent streaming service, and its lineup includes a few HBO favorites and big-name shows. In addition to originals, you can also stream some movies from Warner Bros., including Free Guy, Nightmare Alley, and Dune. Depending on your taste, you may even find a movie you've never seen on HBO before. This service isn't limited to original shows; you can stream movies like The Wizard of Oz, The Gilded Age, and Dune in 4K.

The library is impressive, too, with a mix of movies and television shows from TBS, TNT, Adult Swim, Nat Geo, and Warner Bros. properties. The service has a strong slate of original series and movies, and the roster will grow to 50 by 2021. Many of the movies and series will be available on a weekly basis. In addition to the library of originals, HBO Max also features a large archive of classics, including countless episodes of hit TV series like Game of Thrones.

Related Reading: How to Get HBO Max on Your Devices in 2022?

If you are looking for a good TV streaming service, consider HBO Max. It has much more content than regular HBO but at the same price. HBO puts billions of dollars into new content and expensive deals to stream its titles. Plus, you'll get the latest seasons of existing shows and movies. If you enjoy movies, HBO Max is a perfect service. But, is HBO Max really worth it? Read on to find out!

HBO Max will be available through most cable, satellite, and internet providers, including YouTube TV and Samsung Smart TVs (2016 and later models). It will also be available on Apple TV and Android TV, which means you can watch HBO shows on your home entertainment system with no additional hardware. In addition to streaming movies, HBO also plans to add original content to HBO Max, which means more choice for fans. However, while this service offers a lot more content than traditional cable and satellite TV, it's likely to have some content limitations. 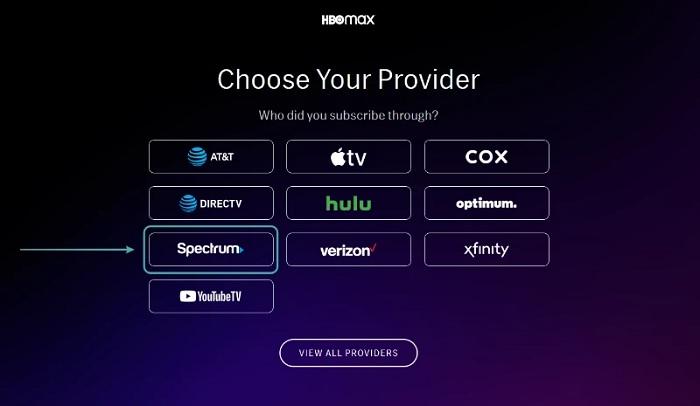 While HBO Max is available on many different platforms, it's not available on Apple TV, Roku, or Comcast devices. It's also not available on Dish Network devices, such as the Amazon Fire TV. The company is also at odds with Apple over the carriage. However, it's worth checking out regardless. It's a great way to get your favorite TV shows, movies, and more. While the app may have a small learning curve, it's well worth the investment.

HBO Max offers HBO's full library of original shows and movies. You can subscribe for as little as $15 per month for ad-free streaming, or for an ad-supported version for $10. HBO subscribers automatically receive access to HBO Max. So, if you're looking for a TV streaming service, HBO Max is definitely worth a try. So, what are you waiting for? Get started today and get your subscription!

Related Reading: HBO Now Vs HBO Max - Which is Right For You?

Many people who subscribe to HBO are probably already using the HBO Go app, but if you're a subscriber to another company, you can still use the HBO Max app for free. Simply log in with your cable subscriber's email address and password to get started. Afterward, you can watch whatever you'd like to watch without worrying about commercials. It's really that easy. But before you dive into the service, here are some tips to help you make the most of the new service.

Although HBO has a massive library of classic television series, the company hopes to entice viewers with the original series. The recent COVID-19 outbreak has disrupted many production schedules, and even the Friends reunion special had to be postponed. HBO Max will launch with six original series and more will be added in June. The first lineup includes Love Life with Anna Kendrick and On The Record. All-new Looney Tunes cartoons are also available. Another series is Craftopia, hosted by YouTuber Lauren Riihimaki. 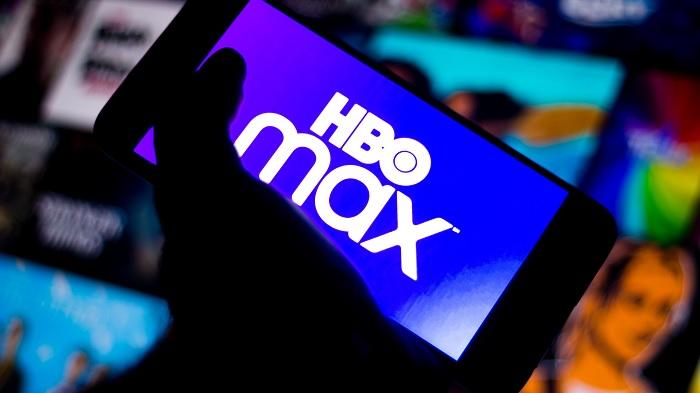 HBO Max is compatible with most major streaming devices, including Apple TV, Roku, and Google Chromecast. A home internet connection is also required to access the service. HBO Max works on many smart TVs and streaming devices, and you can download the free HBO Max app on Roku or Fire TV to access the content. It is also compatible with most mobile devices, including Amazon Fire Tablets. There is also a Windows app, but it's not widely available.

Another way to get HBO Max is to sign up for a 7-day trial of Hulu. Hulu offers a free trial of HBO Max, but you can cancel at any time without having to pay a monthly subscription. HBO Max is free for AT&T customers with unlimited plans. If you're already an HBO subscriber, HBO Max is part of your monthly fee. If you want to sign up for HBO Max now, you can learn more about the service here.

After reading this article, those who are not very sure about the HBO Max streaming service should now have a very good understanding of the new competitor to Netflix. Moreover, if you have some favorite shows and movies that you want to download from HBO Max, then the HBO downloader software offered by StreamFab is the best option to choose.