Pluto TV is a great app for watching movies on our phones and tablets right now. We're dealing with a free platform, which is a huge plus. As a result, an increasing number of people choose to use it. Consequently, we present the greatest films now available on Pluto TV. 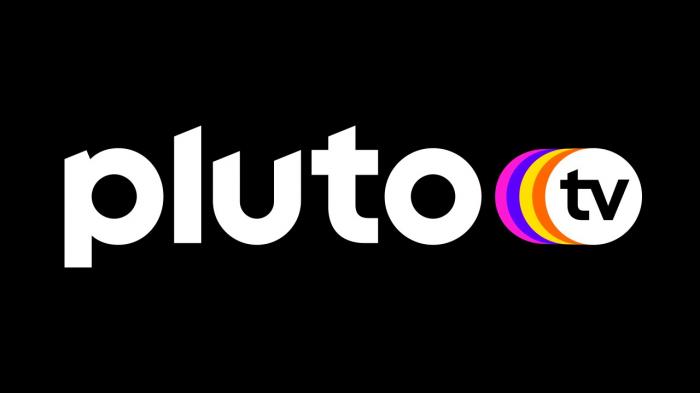 There's no denying the diversity of entertainment options on Pluto TV. And with that in mind, here are the 20 best movies on Pluto TV as of right now.

1. The Best Movies on Pluto TV

Pluto TV offers a variety of movies and TV shows. Some of the best films on Pluto TV include: 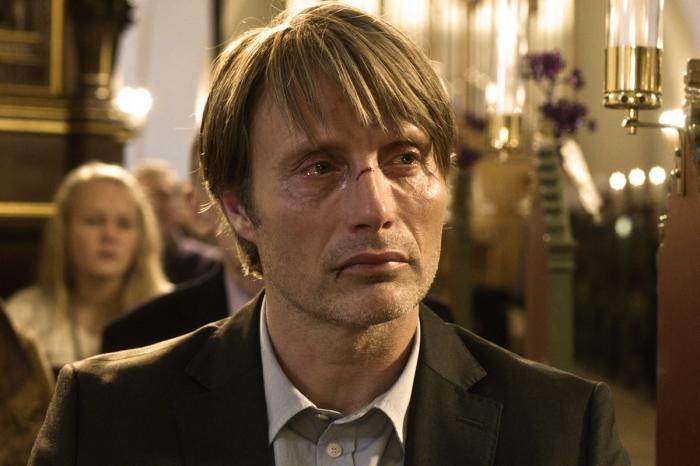 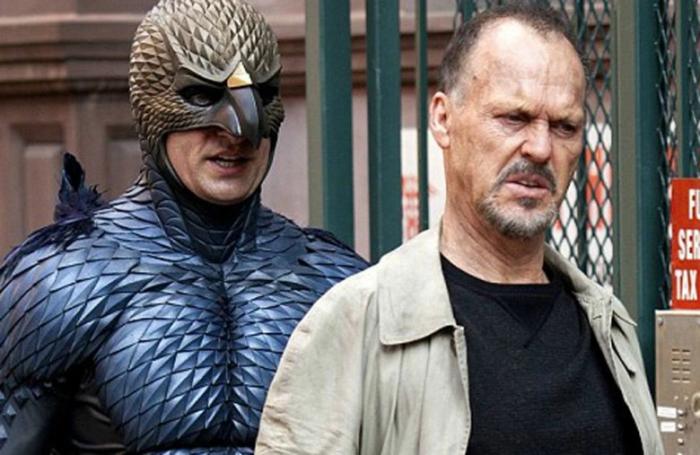 In Alejandro González Iñárritu's film, Michael Keaton plays a Hollywood actor who's seen better days. We have actresses like Naomi Watts and Emma Stone, with Oscar nominations for their roles in the film. The film has received nine Oscar nominations.

This is one of the best movies on Pluto TV right now. You may watch this Mexican comedy on the platform if you're looking for a laugh. In 2013, this film aired in Mexico as a comedy. 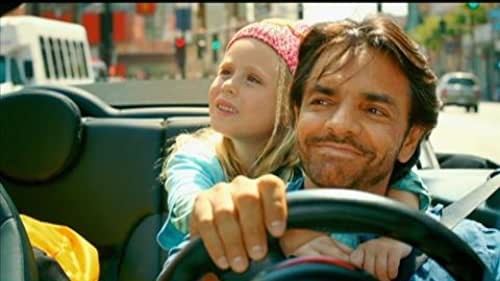 The narrative revolves around a single man who enjoys going out to parties until one day; he comes home to discover a baby outside his door. The protagonist's ex-girlfriend abandons him with the baby, and to get rid of it he travels to Los Angeles. 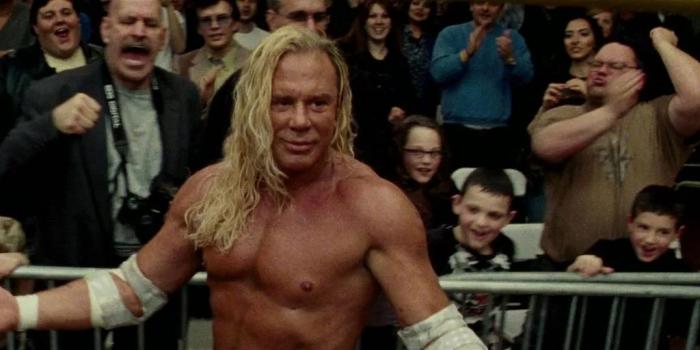 The film follows the life of Randy Robinson, a former professional wrestler who rose to prominence in the 1980s. After living in a little trailer for many years, he is now unable to maintain it on his own. Randy dies of a heart attack while participating in a battle for cash. And a bypass is performed by the physicians. This forces him to rebuild his life. Right now, it's on Pluto TV. 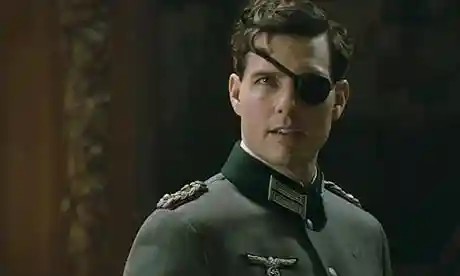 This good movie is on Pluto TV, starring Tom Cruise, who portrays Colonel Claus von Stauffenberg, who is in command of the assassination of Adolf Hitler. Throughout the film, we see how this plot is put together and the botched attempt that was supposed to put an end to Hitler's life is orchestrated. 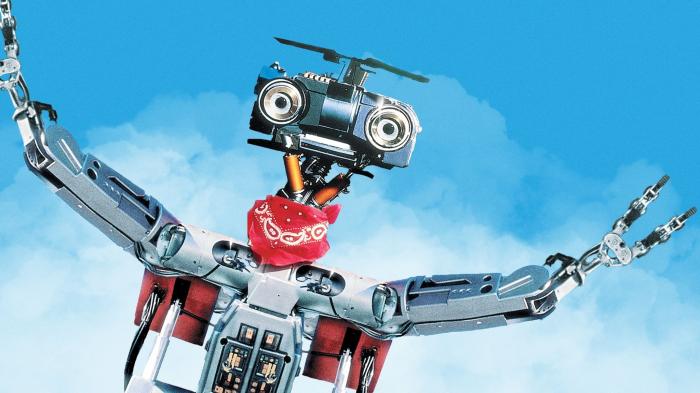 When a military prototype robot named Number 5 is struck by lightning and comes to life, it manages to leave the factory where it was made and make its way out into the wild.

To save it from being destroyed, Newton Crosby and Ben's helper are searching for it before the army does. The robber has taken sanctuary at Stephanie Speck's house, where she believes the robot is an alien. 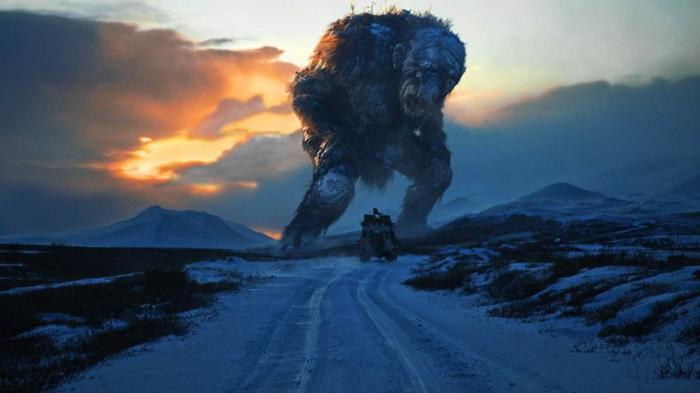 The three students traveling to go investigate the mysterious killing of bears in Norway come across the hunter in charge of the matter. They choose to stand with him to help with the investigation, only to realize he is an evil troll hunter. 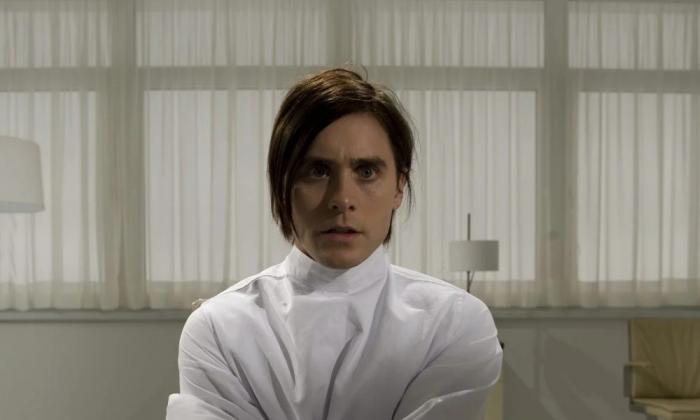 In a world without death, 118-year-old Nemo Nobody is about to die in front of stunned onlookers. After his parents split when he was 9 years old, he recalls the first time he fell in love at the age of 15, then as an adult at 34. They appear to contradict one another, at least at first glance.

The Act of Killing gained widespread acclaim, including an Academy Award nomination, while being one of the most painful things to see for any human being. 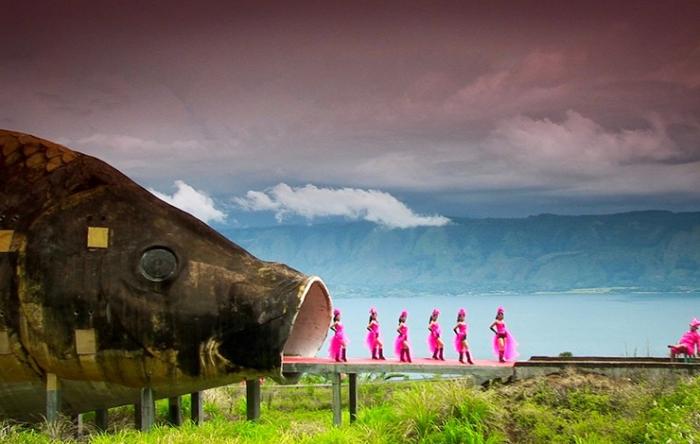 In 1965-66, Suharto ousted the then-president of Indonesia, and a gangster-led death squad slaughtered over a million people. You may never have heard of these heinous events without Oppenheimer's efforts. The Act of Killing is probably one of the best movies on Pluto TV right now. 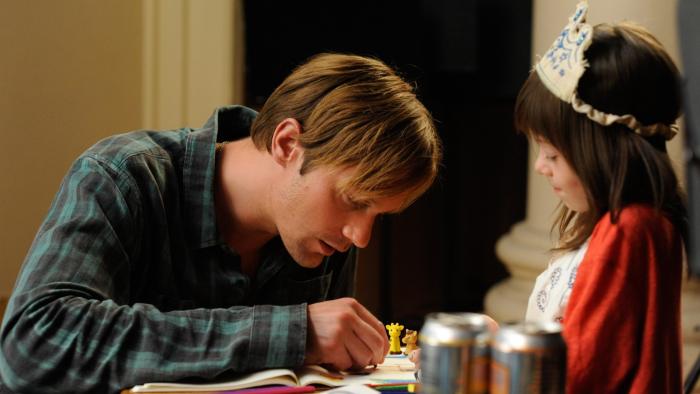 Julianne Moore and an art dealer's offspring, Maisie (Onata Aprile), learn that divorce for a young child can be especially cruel. The quiet child becomes caught in the crossfire when her self-absorbed parents use her as a pawn in a bitter custody battle. Maisie discovers genuine affection when her parents remarry, but mental damage may already been done.

"The Diving Bell and the Butterfly," directed by Julian Schnabel and based on the actual tale of Jean-Dominique Bauby (Mathieu Amalric), a French journalist and fashion editor, who had a stroke at the age of 43, was awarded the Palme d'Or at Cannes. 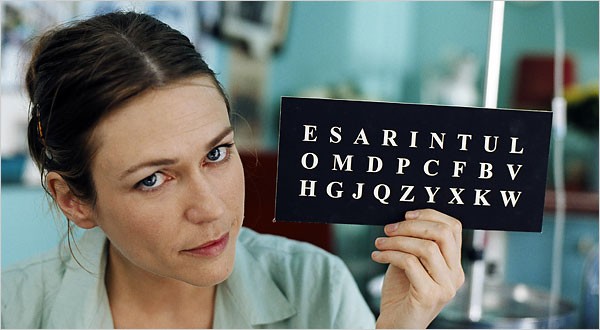 Locked-in syndrome left his body virtually entirely paralyzed, except for his left eye's ability to move. Bauby's herculean efforts paid off when he figured out how to blink in an alphabet code, allowing him to communicate.

If you've ever wondered what it's like to be a bluegrass musician, now is your chance to experience it yourself. Johan Heldenbergh, who also appears as the film's male protagonist, co-wrote the play from which the film takes its title. 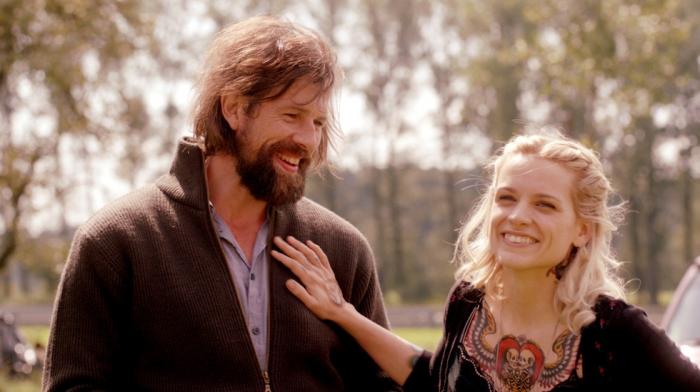 Didier, a bluegrass musician, and bandleader fall in love with tattoo artist Elise. They begin a new life together as they sing. It all changes when their young child is diagnosed with a life-threatening illness. 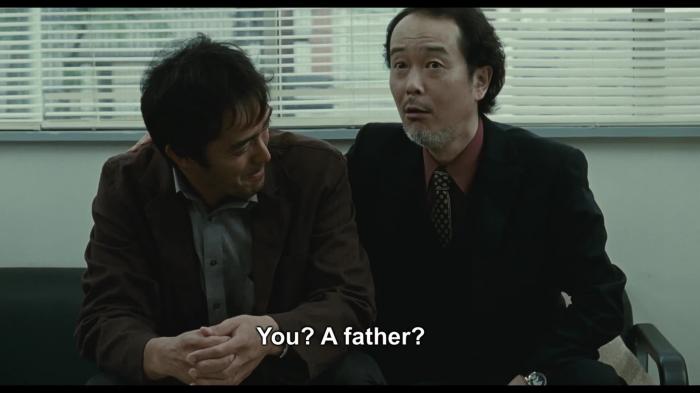 Hirokazu Kore-eda edited, wrote, and directed After the Storm, a Japanese family drama film screened in the Un Certain Regard section of the 2016 Cannes Film Festival and released in Japan on May 21, 2016. A private investigator has trouble finding money to pay child support and reconnect with his son and ex-wife after the death of his father. 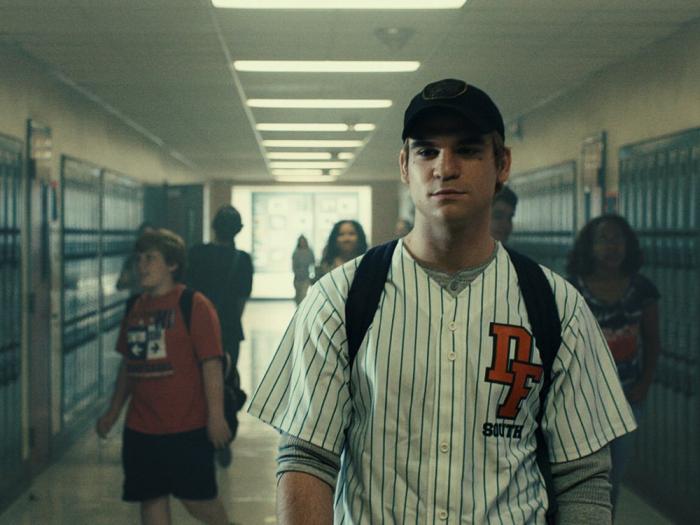 This is the story of the missing son of a Texas family, one of the good movies on Pluto TV. There are moments in the film where the camerawork is so flawless that it's difficult to determine if what you're seeing is genuine or not. Expect surprises at every step and awe-inspiring stories from real people.

Taylor Sheridan, the director of Sicario and Hell or High Water, has created a masterpiece in Wind River. Having found the body of a young Native American girl, an investigator (Elizabeth Olsen) sets out to solve the case. 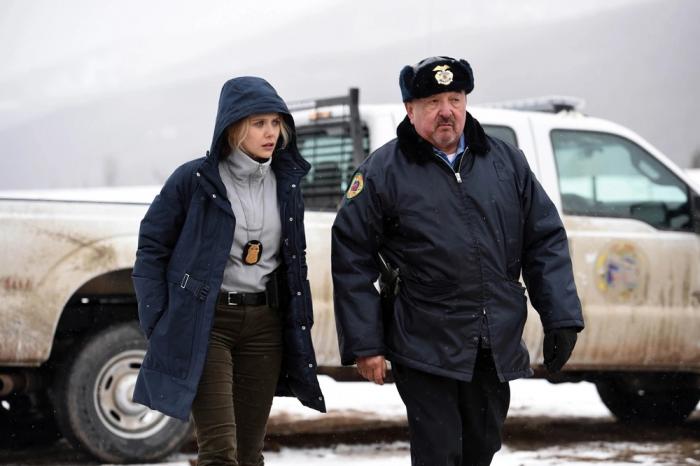 Jeremy Renner plays the role of her tracker, a man with a complicated past in the town. At first, the movie isn't particularly rewarding, so don't expect a tale that moves at breakneck speed right away. However, as the story progresses, the insights into indigenous cultures are both profound and tragic.

1.16. Hunt for the Wilderpeople

Taika Waititi's Hunt for the Wilderpeople is the cure to a terrible day or your continuous diet of melancholy movies. Uncle Hector, the crusty and cantankerous foster dad of Ricky Baker, is played by Sam Neill in this off-kilter adventure thriller. 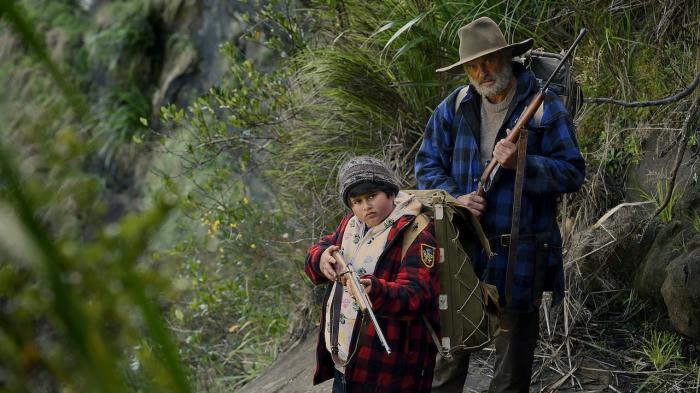 This is Ricky's final opportunity to live with an elderly couple on a farm in rural New Zealand after he's been kicked out of foster homes more times than he likes to recall. Tragic events occur early in the film, sending our heroes and heroines on a perilous journey into the wilds of the United States. 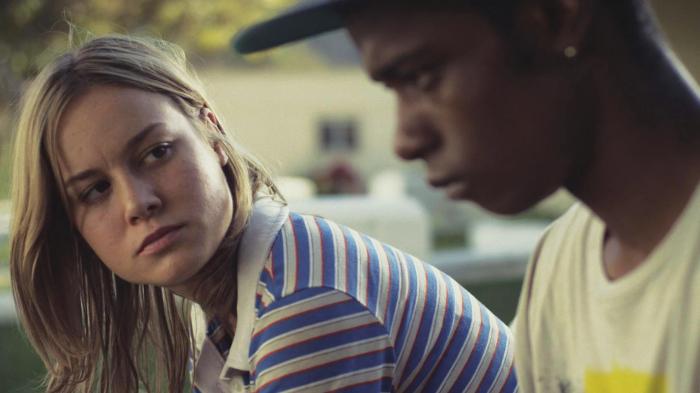 With a little budget but a slew of critical acclaim, Daniel Destin Cretton's semi-autobiographical drama plunges viewers into the tumultuous worlds of troubled kids and the dedicated social professionals who help them. It's the young director's feature debut that takes viewers on an emotional roller coaster as he goes from uplifted to depressed and back – and through every emotion along the way.

As a sixteen-year-old Welsh boy, Oliver (Craig Roberts) has a lot on his mind, including losing his virginity before his 16th birthday and wooing his friend Jordana (Yasmin Paige). 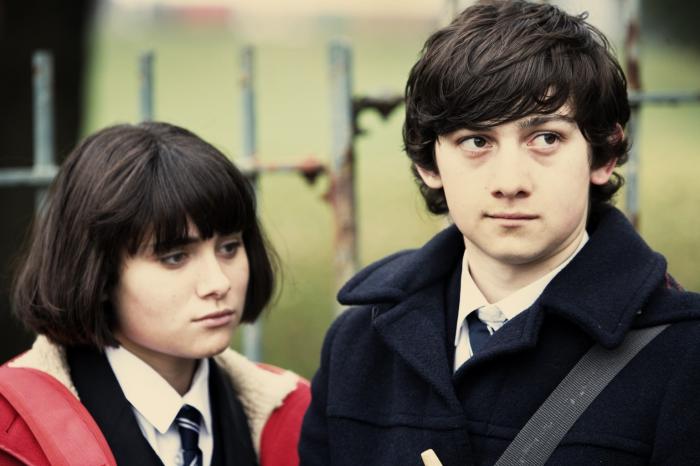 As a comedy for teenagers, Submarine offers an honest portrayal of adolescence. It's dark and funny at the same time and a real eye-opener. In a word, it's both hilarious and humbling, and it's the type of film that captures practically every aspect of the teenage experience.

This movie could rip you out of your comfort zone with its fast-paced action and dark Norwegian comedy. Iconic Norwegian mystery novelist Jo Nesbo is the inspiration for this gruesome, fantastic film. 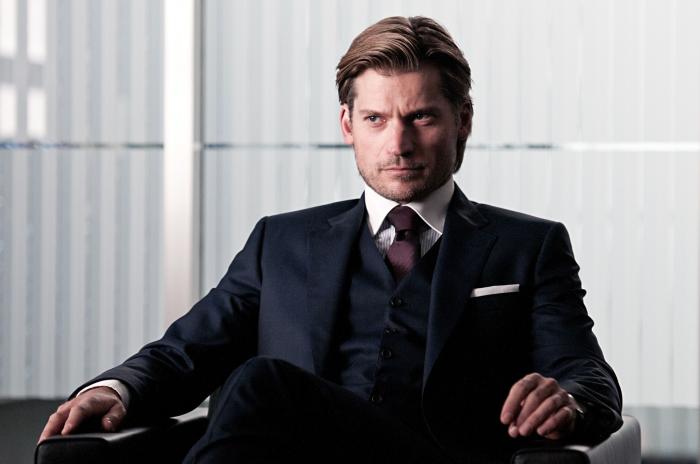 This suspenseful tale revolves around a corporate recruiter who works as a nighttime art thief in his spare time. Clas Greve, a Dutch billionaire, played by Game of Thrones actor Nikolaj Coster-Waldau, pursues him.

And this is the most you can say about the story with it going in a completely different way. A Norwegian production with all the natural colors, drama, and somewhat off-kilter characters you could desire — plus fantastic entertainment!

Remain calm and patient as you await the sensations. Julianne Moore and Mark Ruffalo star with Annette Bening and other top-notch actors in The Kids Are Alright's ensemble cast a wonderfully relatable and enjoyable perspective on family life. 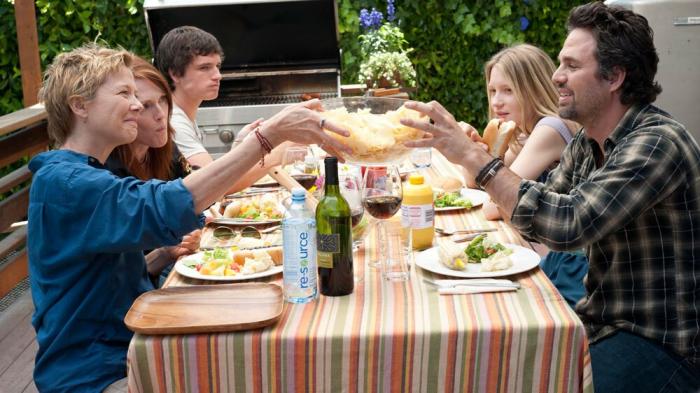 When Moore and Bening's two children meet their biological father, Ruffalo expertly portrays the humorous, laid-back sperm donor. The Kids Are All Right is one of the good movies on Pluto TV right now.

2. How to Watch Pluto TV Without an Internet Connection? 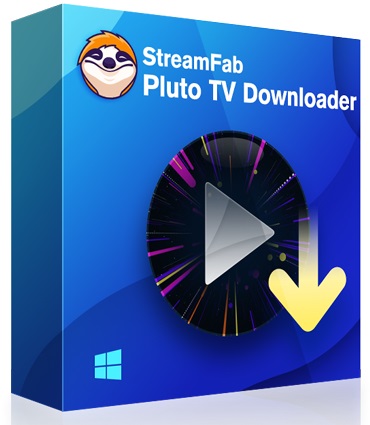 No matter what your reasons for wanting to watch a video offline, there is a Pluto TV downloader out there that can help. It's incredibly easy to use, requiring only a search of the desired video and plugging it in. After that, all you need to do is wait for the download to finish and watch it wherever you want. This makes downloading videos an easy and convenient task, regardless of the reason.

StreamFab Pluto TV Downloader is our current top choice. It will remove watermarks when downloading videos and save them in an ad-free format. You can even download a whole playlist at once. 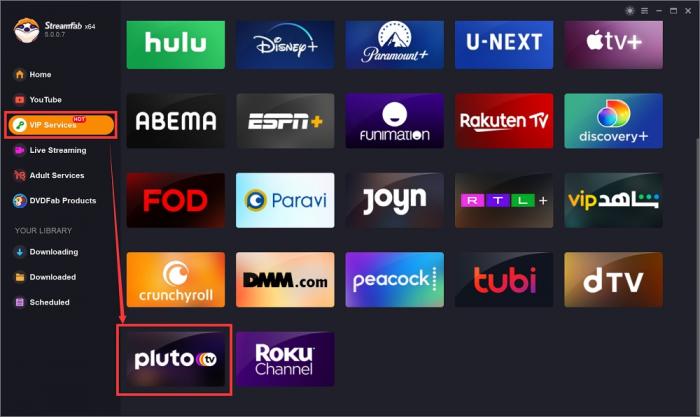 If you are looking for software that can help you download movies, videos, and TV shows from Pluto TV on PC, StreamFab Pluto TV Downloader is the perfect tool for you.

This software has been well-evaluated by all of its users and is considered to be one of the easiest and most efficient ways to download content from Pluto TV. With just a few clicks, you will be able to download whatever content you want without any hassle.

If you're looking for a way to get more out of your streaming experience, StreamFab's Pluto TV Downloader may be the perfect solution. This program can output videos in 720p HD quality with AAC audio tracks, which means you can get whatever you need without having to sacrifice quality. 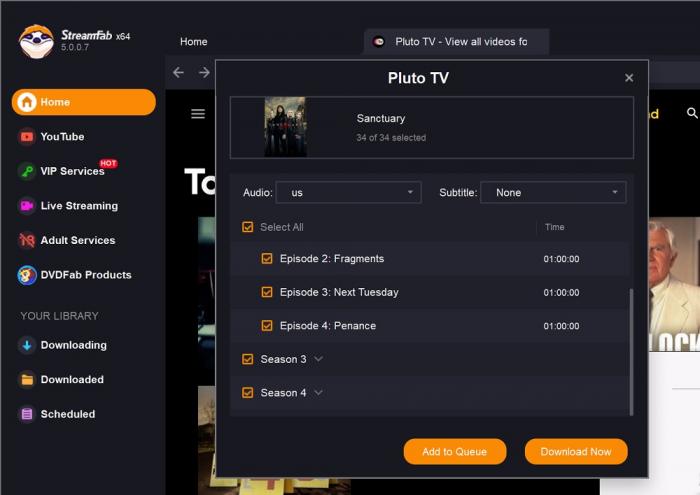 This is a handy tool for anyone who wants to watch movies or TV shows in their native language but doesn't want to have to search for and manually download subtitles each time.

With this, you can select and download subtitles and audio tracks in different languages according to your needs. You can also choose to save subtitles as SRT files, which makes them easier to use with video players that support this format.

Pluto TV has expanded its license agreements and amassed an impressive library of film titles in a short time. These videos are free to view because Pluto is ad-supported, like YouTube. Hope you liked our list of the good movies on Pluto TV.

With the StreamFab Pluto TV Downloader, you can easily and conveniently download on-demand videos in MP4, MKV format saved on your local drives. Using this program is very straightforward, and we can easily transfer data to different devices.

How to use StreamFab Pluto TV Downloader?