The top 5 best Sci-Fi movies on Amazon Prime Video right now can end your search for such movies to watch, feel free to stream them online or download them to watch offline.
StreamFab Amazon Downloader
① Download Prime videos from all Amazon websites
② Save downloads as MP4/MKV files in 720p or 1080p
③ Choose video codec between H.264 and H.265
④ Batch-download multiple titles at super-fast speed

If you want to stream some great sci-fi movies, Amazon Prime is a great place to find them. This collection of films features a huge selection of titles, including The Terminator franchise, Invasion of the Body Snatchers, Starship Troopers, and Infinity Chamber.

These movies are all very good, so check them out! For more recommendations, read our reviews and check out the trailers for each film! 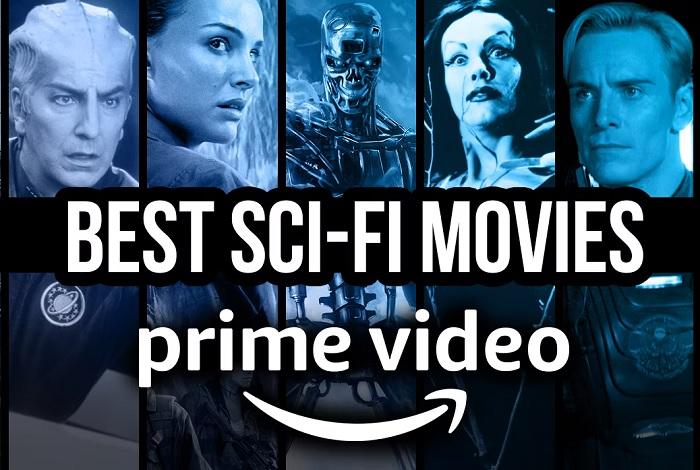 1. Invasion of the Body Snatchers

For a unique cinematic experience, check out Invasion of the Body Snatcher on Amazon Prime. This sci-fi horror film is a disorienting experience. Its legacy and reputation are among the most influential in sci-fi horror, and it continues to influence films in its genre to this day. You can stream Invasion of the Body Snatchers on Amazon Prime for free, and you can also watch it on Google Play, Plex, or Paramount+.

Invasion of the Body Snatcher is based on Jack Finney's 1954 novel. Kevin McCarthy stars as a small-town doctor, who returns home after a business trip to find a community plagued with disappearing people. He soon realizes that people are being replaced with drone-like replicas. The movie is a classic, with many hailed as one of the best sci-fi movies of all time. 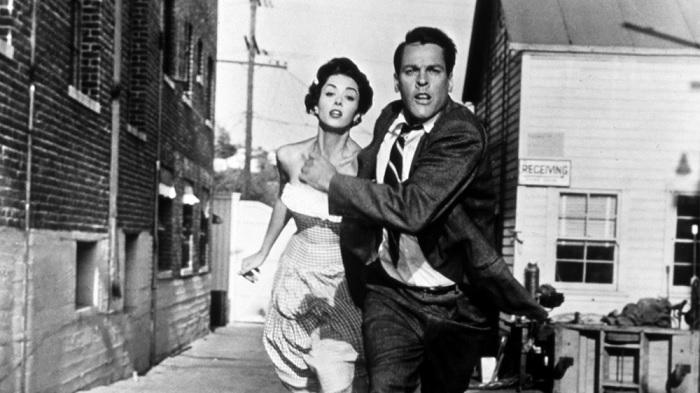 Invasion of the Body Snatcher is a sci-fi horror film based on the Jack Finney novel of the same name. In this film, an alien plant drops its seeds into a town and grows, producing identical replacement human beings. During the course of the film, the term 'pod people' was first used in the movie. Its sequels drew a number of fans, and it has remained a perennial favorite among sci-fi horror filmgoers.

If you want to watch Starship Troopers on Amazon Prime, you are in luck! The sci-fi film is now available on Amazon. The film is a story about a corps of dedicated young soldiers fighting for humankind. They fight off a mysterious and powerful enemy that is only after one thing: humankind's future. If you're interested in this movie, you can watch it on Amazon Prime or another streaming service.

The plot revolves around the recruitment of a group of soldiers. These young soldiers are thrust into an intergalactic war with giant alien insects, and they must protect humankind from these creatures. The film is entertaining and satirical at the same time. It's worth watching just for the action alone. You'll be entertained for hours. If you're not sure if Starship Troopers is right for you, read the synopsis. 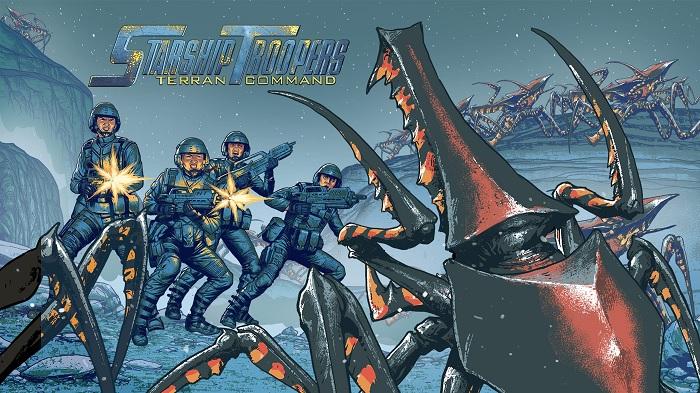 Although the film is based on a comic book, it does not feel like a reboot. The original script by Paul Verhoeven was originally titled "Bug Hunt" and the screenwriter claimed to have never read the book. However, this film has been taken at face value and is a satirical sendup of right-wing militarism. There's no denying that the movie is a satire, but it does not take itself seriously.

In the movie, there is implied rivalry between the Mobile Infantry and the Fleet. In the book, the Mobile Infantry is a futuristic military unit that uses Powered Suits and other advanced weaponry. The movie, however, is about a conventional army and isn't based on this future-styled military. Moreover, the storyline also focuses on the human race's survival and the way humans will adapt to this new world.

Infinity Chamber is a Science Fiction & Thriller film directed by Travis Milloy. The movie stars Cajardo Lindsey, Cassandra Clark, Christopher Soren Kelly, and Jesse D. Arrow. The story follows a man who wakes up in a futuristic prison. Using mind control, the man must use his memory to escape the prison. Watch Infinity Chamber on Amazon Prime today!

The film is not without flaws. It spends a lot of time building up to its first milestone, which is a little obvious. It starts getting boring, though, around halfway. The third act picks up, but it could have explored more other sci-fi ideas. For example, it could have had more interesting characters. However, it does have a satisfying ending. The film's quality depends on how much you enjoy the premise and the direction it takes. 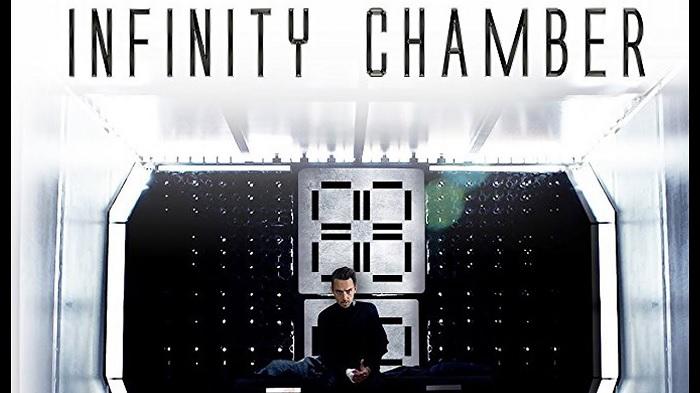 Infinity Chamber is an excellent example of a science-fiction series on a small budget. Its great acting and smart storyline make it worth the watch. There is one scene in particular that makes the film worth it. Watching this sci-fi movie on Amazon Prime is the perfect way to binge-watch all your favorite science fiction titles. Just make sure you find time to watch the entire series. And be sure to watch Infinity Chamber if you haven't already. It's streaming on Amazon Prime and Tubi for those who live in the U.S.

The premise of Into Darkness is a bit outlandish: an asteroid hits Earth, forcing the survivors to take refuge on a remote planet. The Marine Corps warrior Malik Khan is an unwitting participant in this catastrophe. After rescuing two young boys, he must navigate an epidemic, parasitic infections, and potentially harmful humanity measures before returning to Earth. In a brilliant blend of thriller and horror, Into Darkness has an incredibly compelling storyline.

The film is a classic of the genre. The main characters include a ragtag team of scientists who are trying to save the human race. Sigourney Weaver, who has won the Best Actress Academy Award for her performance in "Alien 2," is one of the best performances of her career. Though the film is based on a science-fiction novel, it is surprisingly powerful. 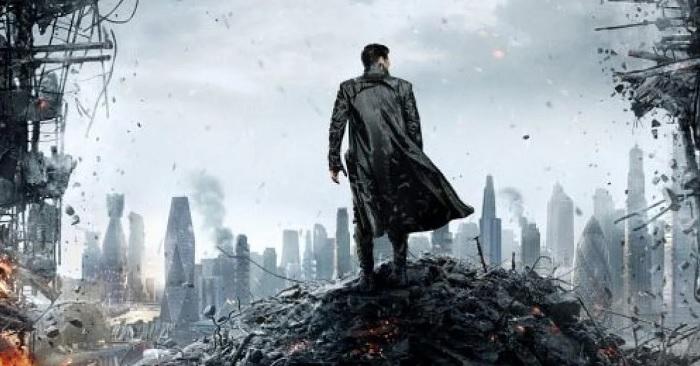 Another popular sci-fi film on Amazon Prime is The Revenant. This is a remake of the original 1931 novel. It stars Andy Serkis and has a dystopian setting. The movie was nominated for four Oscars, including Best Picture. The movie is a tough watch, and might not be for the faint of heart. However, it's a must-see for any film buff.

Invasion of the Body Snatchers is a remarkably disturbing sci-fi film. This remake of 1957 original is much more frightening than the original. Jeff Goldblum's performance as a human-insect hybrid is a perfect example of how this genre can enthrall viewers. It's also one of the few Cronenberg sci-fi movies to win an Academy Award. For more great sci-fi movies, check out "The Ghost and the Darkness," "Scanners", and The Dead Zone.

For anyone who loves the idea of a space opera, Saturn 3 is a must-see. It stars a legendary director, Stanley Donen, whose previous works include 2001: A Space Odyssey and Singing in the Rain. Saturn 3 also has a wonderful cast, including Kirk Douglas and Harvey Keitel. It is a strange, sometimes slow-moving film with some very unsettling moments.

Science fiction films can be intelligent, funny, frightening, or heavy. The best films combine these elements. A.I. Artificial Intelligence was the subject of many science-fiction movies, and it was not until after Kubrick's death that the technology had a widespread audience. But a few sci-fi movies have managed to make the grade. The latest film, Saturn-3, is the best example. 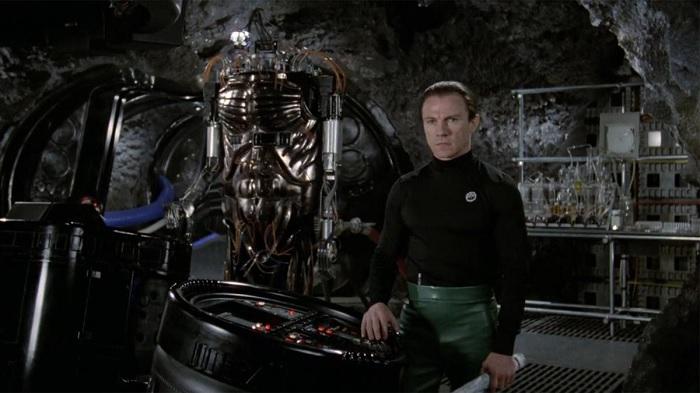 Another fantastic sci-fi film on Amazon Prime is Alien: Covenant, which stars Ethan Hawke in his feature film debut. The film features special effects from the director of Gremlins. It also offers commentary on the state of humanity. A good sci-fi movie is one that will engage you in some way. This is just a small sampling of the great selection of science-fiction on Amazon Prime Video.

The plot of this science-fiction film involves the creation of a colossal robot that will feed Earth. It is powered by brain tissue obtained from fetuses. The human brains are reprogrammed in Hector, and he is supposed to replace a scientist on the Saturn station. Unfortunately, a mad scientist named Benson is sent to help the scientists. The scientists spend most of their time playing chess, drinking cocktails and doing other things. Moreover, the scientists do not explain the purpose of the research base on Saturn 3!

The top 5 best Sci-Fi movies on Amazon Prime Video right now can end your search for such movies to watch, feel free to stream them online on your smartphone, tablet, or PC running the Amazon Prime video app, or you can also download them to watch offline when you are not connected to the internet.

To that end, there are two options to choose from, one is to download Amazon Prime videos with the Prime Video app itself which comes with a bunch of restrictions; the other is to use a 3rd-party Amazon Prime video downloader software, like StreamFab Amazon Downloader, which allows you to keep the downloads forever.